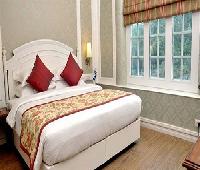 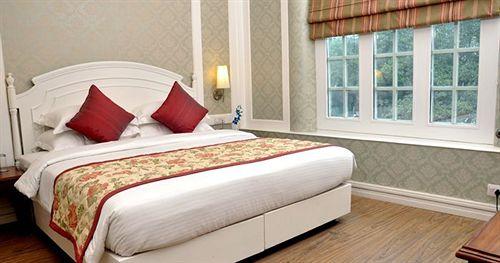 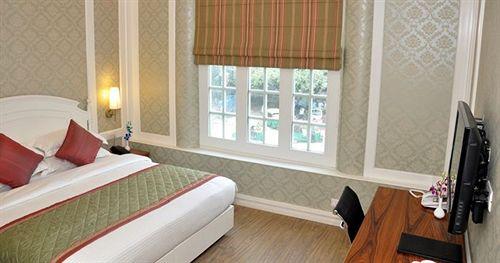 I have stayed at this hotel once, and tried to cancel a second booking. More on that in a bit.

The hotel is clean enough, though the accommodations are very basic, making this hotel expensive in my opinion for what you get.

The entrance is a narrow little doorway that heads directly up 2 flights of stairs, landing you on a non-descript landing. I had guessed that the nicest looking door on the landing might be the hotel, and I was right about that. If you have lots of luggage, or you have heavy luggage, those stairs are going to be a challenge.

Location is both a blessing and a curse. If you really want to be located on Connaught Circle, then this is a very convenient location. However, while I was there, there was never ending music, that didn’t seem to ever end, making it impossible to sleep.

When I checked in, the check-in clerk tried to tell me that I had to pay more for my daughter. I argued with them, and showed that my booking included 2 guests, and that I had indicated 1 child, and the age of my daughter. They eventually relented and didn’t push that issue further.

My second stay was book a while ago, and within their stated cancellation policy I had a change in travel plans. I called the travel agency that I booked through and they referred me to the hotel to try and work it out. The person on the phone was unfriendly and unhelpful. I’ve had late change of plans with many hotels before, and never had an issue. The person on the phone told me that even if I cancelled, they would take the full charge for the reservation. To be fair, I was inside of the cancellation policy window, but as I mentioned, most hotels care about their reputation, and will be as accommodating as possible. This hotel and it’s staff apparently have no interest in trying to be helpful to the customers.

Given the basic nature of the accommodation, and the poor attitude of the staff, I cannot recommend this hotel at all to anyone.

I stayed at Hotel Bright for a night on July 24. I had just arrived from Varanasi and was feeling unwell running a high fever. My flight the next day back to Singapore was only at 11.15pm at night. The kind front office staff Mr Ravi allowed me to check out at 1pm extending by an hour so that I could rest a bit more. Upon requesting, he allowed me to come back to the hotel later that evening to freshen up in one of the available bathrooms before I headed to the airport. This is exemplary service. Hotel GM the great Mr Johar made this possible and also gave me some medication to relief my fever and took care of me. Mr Johar is a great host and spoke to me for quite sometime making me feel at home constantly asking his staff to watch over me and bring me some hot tea. Lastly Mr Abash the duty front office staff sent me off to catch a tuk tuk to the airport and sent a staff down with an umbrella as it was raining so I won't get wet. He even negotiated the price of the tuk tuk so that I won't get overcharged. We had a really good conversation lasting for about hour when the time came for me to bid goodbye. Mr Johar you have done a fantastic job running this hotel providing TOP service with a family like feel. Your boys Ravi and Abash were simply wonderful! Goodbyes are not forever hotel bright will always be my first choice when I come to Delhi and everyone going to CP, Delhi MUST consider this great establishment. Namaskar, Jai Hind!

Secluded Place, the entrance looks scary that needs too be improved. Breakfast was good and clean, could have served more hot.Check in and out could be made flexible .Overall nice Hospitality ,comfortable and small Hotel.

Very conveniently located in the Connaught Place, this place is a hidden gem. The entrance may fool you but what is inside is better than the outside looks. Friendly staff make the stay worthwhile. The passage into the hotel could be improved and so could a touch of maintenance work to make rooms consistently beautiful.

Location, neatness, cordial management.....all scores high. Small and comfortable budget place located opposite super bazar bus stop. The entrance to the property might be a put off, but just ignore it. There are plenty of eating joints in close vicinity of this hotel.