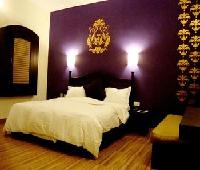 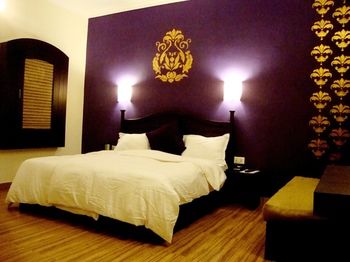 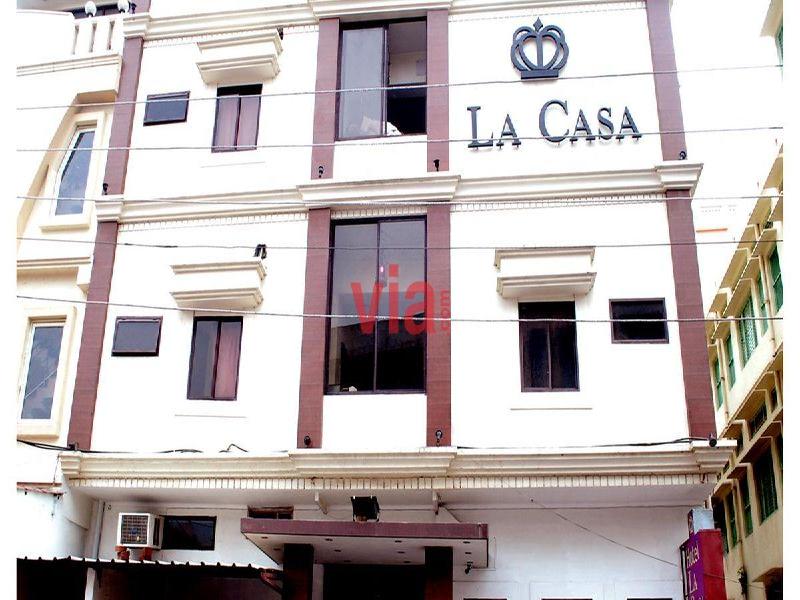 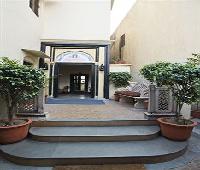 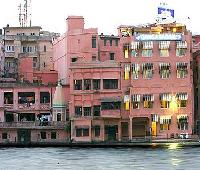 Every property has its own pros and cons. But I would start with the cons first, as we had to face certain issues during our trip.

1) We booked the hotel directly after talking to one of the front desk person Mr. Sunil. We made an advance through online transfer. We were charged Rs.2500/- per day (inclusive all) for accommodation only in Casa Luxury Room. However when we went there, we found that the same category room was offered at Rs.1500/- per day to other travelers. I had a conversation with such a traveler and got the information.

2) They need to take care of the bed linens particularly. Those were not clean and spotted, pillows were also bit hard and uncomfortable. They do provide the cleaning service everyday, but they don’t change the linens at all. So we found hairs on the bed and pillows when we came back to the hotel at night. Even they didn’t clean the bathroom, and kept the wet towels as we left. Though they provided the clean ones when we asked.

3) Bathroom was also not that clean and the toiletries were least comparing to the room category (as they said “La Casa Luxury Room”). There were a small soap and one small bottle of shampoo only. Though later on they provided the kit on request. 2 kits for 3 persons.

4) Rooms ambience not so good, not properly maintained, very small window with a not so thick transparent curtain, and are unhygienic too. Rooms look good in photos but in reality the rooms are dull with less amount of light. Air conditioner was also broken. Amenities are not upto the mark as comparing to the room category and charges.

6) Coming to their taxi service. We took a taxi (Swift Dzire – Car No: 5611) from the hotel to see the places in Rishikesh (on 13th), then for 3 continuous days (14th – 16th) travel from Dehradun to Mussorie along with the sightseeing, and then finally dropping at Airport (on 17th), for which they charged Rs.10,700/- which is highly expensive for a Non-AC vehicle. I was offered the same service at Rs.9,500/- only from outside. La Casa Manager/Owner Mr. Amit Saini said that they would negotiate, but they didn’t, and he was smart enough to confirm the final price at the end moment when we were checking out. We had no option but to board the cab because we had our prefixed schedule and it was not possible to arrange another vehicle at that moment as I was traveling with my aged parents. So I had to opt for their prepaid taxi only.

7) The travel was ok, the driver seemed ok kind of, but he was not parking near the parking sites but rather at far away locations to avoid parking charges. But our main issue was the driver was drunk in the morning also and the car was stinking badly. When complained he said that he had it at night only inside the car, and not in the morning. We didn’t argue further as it was of no use, we paid the entire amount in advance. Even he didn’t take us to most of the destinations he was supposed to and told us to walk through the places. So we were bound to stay back at the hotel only as my parents couldn’t walk much.

8) Now the scariest part. Just one day before the end of our journey we went to Picture Palace in Mussorie. I left my mobile in our bag and forgot to take it before moving out of the car. I was not that worried as I thought it was inside the bag, and the driver would lock the car. We spend around 2 hrs in the picture palace, had our lunch and came back. When I got into the car I didn’t find my mobile. I called my no from my mom’s mobile, but it was coming switched off and I immediately understood that the worst thing has happened. We started searching for the mobile like anything, inside & outside the car, on the road, but we couldn’t. The driver took us to the parking place, which was far away from the actual parking zone. He was continuously trying to convince us that my mobile was not lost/taken away from the car, but I had left it somewhere in the road/shop. But I was 200% confident that it was in the bag inside the car. I called up the hotel owner/manager Mr. Amit Saini and he suggested me to take the driver to the police and launched an FIR. Then I charged the driver that if I didn’t get my mobile in 15 mins, I would handover him to the police. Immediately he said that he would search the car properly and would return back if he found it, and I got the hint. I started watching him from a window and found him bring out my mobile somewhere from the dickey. Later on he came to me and said that found it under the seat. I called up Mr. Amit Saini, told him everything and requested to send another car, as we were afraid of traveling with that driver. The Mussorie Hotel people also complained about his boozing and getting out of control previous night. But Mr. Saini insisted us to continue with the same driver and ensured and nothing bad would happen thereafter. Again we had no option as the taxi fare was already paid.

9) The name of the driver is BOBBY. His contact no is +91 7533873994. Ive attached his photo herein. After returning back to my place, I got his message of apology for stealing my mobile. He even ate our snacks in our absence.

I would recommend this hotel only because of their excellent hospitality. Our train was 9 hrs. late and we reached hotel at around 12:45 at night. But the warm welcome we got that was outstanding. They provided us whatever we asked for, whether it’s the coffee maker, or the toilet kits, or anything else. The staffs are very cordial and helpful. Specially the owner/manager Mr. Amit Saini. He is such a nice person, and co-operative too. Thank you Amit Ji for all your support and assistance to make our stay a memorable one. I had no other way but to mention the negative aspects for the future travelers. But I would give a 100% to your hospitality. Keep up the good work. I’ll surely recommend your hotel for staying purpose only, and not for the taxi service. Good luck!!

Good service , cooperative staff , good hotel to opt for in haridwar must go with it

I visited during Diwali with my family , service location staff accessblity everything is well taken care off , our train was bit late in evening apart from our check out early morning , hotel manager allowed us to rest during day hours n managed to arrange a separate room to relax , we r greatfull to hotel manager to provide such a friendly service , I recommend this hotel to whosoever is looking for a good hotel in the heart of haridwar market .

Nice place in the heart of the city

Quaint hotel in the heart of the city. The Har Ki Pauri ghat is at a walkable distance. Don't miss the Ganga aarti. The market is close by and so is the rope way to Manasa Devi.

Food is good. Service was fabulous. Wonderful people. Special mention about Mr. Amit who took care of everything. We even booked a vehicle through them. The driver provided was also good.