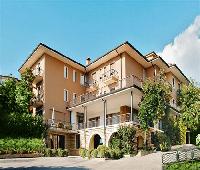 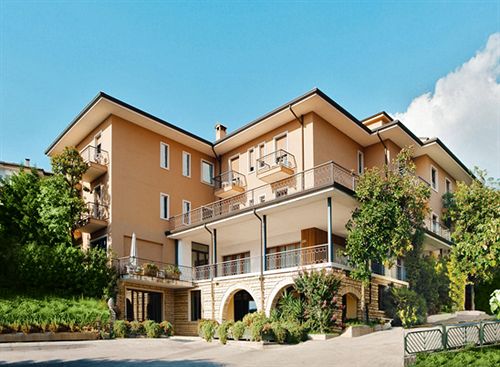 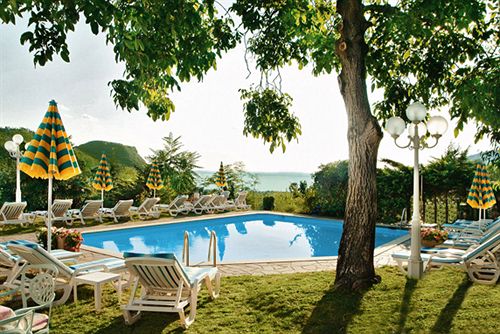 Property Location Located in Costermano, Hotel Panorama is close to Golf Club Ca degli Ulivi and Jungle Adventure Park. This hotel is within the region of Benacus Free Time and Aquardens Spa. Rooms Make yourself at home in one of the 51 air-conditioned guestrooms. Satellite television is provided for your entertainment. Private bathrooms with showers feature bidets and hair dryers. Conveniences include direct-dial phones, as well as safes and wake-up calls. Rec, Spa, Premium Amenities Take advantage of recreation opportunities such as a seasonal outdoor pool, or other amenities including wireless Internet access (surcharge) and a television in the lobby. Dining Enjoy a satisfying meal at a restaurant serving guests of Hotel Panorama. Quench your thirst with your favorite drink at a bar/lounge. A complimentary buffet breakfast is included. Business, Other Amenities Featured amenities include a 24-hour front desk, air conditioning in public areas, and a safe deposit box at the front desk. A roundtrip airport shuttle is provided for a surcharge (available on request). 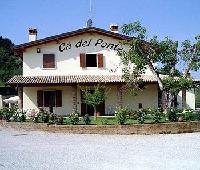 Property Location Located in Costermano, Hotel Panorama is close to Golf Club Ca degli Ulivi and Jungle Adventure Park. This hotel is within the region of Benacus Free Time and Aquardens Spa. Rooms Make yourself at home in one of the 51 air-conditioned guestrooms. Satellite television is provided for your entertainment. Private bathrooms with showers feature bidets and hair dryers. Conveniences include direct-dial phones, as well as safes and wake-up calls. Rec, Spa, Premium Amenities Take advantage of recreation opportunities such as a seasonal outdoor pool, or other amenities including wireless Internet access (surcharge) and a television in the lobby. Dining Enjoy a satisfying meal at a restaurant serving guests of Hotel Panorama. Quench your thirst with your favorite drink at a bar/lounge. A complimentary buffet breakfast is included. Business, Other Amenities Featured amenities include a 24-hour front desk, air conditioning in public areas, and a safe deposit box at the front desk. A roundtrip airport shuttle is provided for a surcharge (available on request).

Good enough if you have a car

Me and my husband stayed here at the end of august for 4 nights. It is confusing, as mentioned in previous reviews there is another hotel in the same area with same name "Panorama" but with quite posh pics of rooms and hotel itself, so check the address before googling pictures of the hotel just by name :) Overall the hotel is not posh, that's why it does not cost a lot, but.. It has everything you need to sleep, take a shower etc. It's clean, the bedding and towels were changed every day. On the day we arrived our shower was leaking, but after we reported about this to the receptionist, it has been fixed in short time. Receptionist was kind, english speaking. The pool area could be more looked after, the barmen and waiters in so called restaurant did not speak much english. Overall if you have rented a car, this place is perfect, we were having dinner at garda, in the restaurants just by the lake, enjoying the sunset. Which was wonderfull. Prices in restaurants are not expensive. By walk from the hotel it takes around 30 mins. I would not say the hotel is poor, it's basic. Anyway if you go to the place like this, you won't spend all day in the hotel, there are so many beautifull places to be around it. :)

OK for exploring the area on a budget.

My friend and I chose Lake Garda mainly for the theme parks as we had our teenagers with us. This hotel was perfectly placed and at a price we couldn't pass by. We booked a week, half board. Like other travellers it is easy to mix the hotels up but we done our homework first so knew what we were getting. I emailed the hotel to say that we would like rooms next to each other and that we was arriving late. On arrival we was greeted by a very pleasant man who showed us our rooms and informed us that they had saved a plate of cold meats and salad for us. Our rooms were on the corner of the hotel with a lovely view of the lake. We had a massive balcony that linked our rooms. Decor of the hotel is simple and basic but rooms are comfortable. Pool area and bar seemed nice enough with plenty of room for everyone. However we used the hotel as a base so didn't spend much time there. We hired a car as airport transfers were expensive and I would recommend doing this if you stay here. Garda is about 15/20 minute walk there, longer on way back as it is uphill. We went to Verona, Venice and the theme parks. All were very easily reached from here. Staff were pleasant enough, especially the reception staff. Breakfast was a typical help yourself continental style. Dinner was selected the night before and consisted of a choice of 2 types of pasta or soup for starter and meat or fish for main. Portions are very small but you can help yourself to as much salad as you like and there was a lot of choice. Desert was fruit or a small pud. All in all we enjoyed our stay and the whole week cost less than a weekend in England with the flights included. If you need luxury don't stay here but if you want to see the sights on a budget then it's a good choice.

As with previous review we were convinced we were staying at the panorama hotel in Limone. On arrival we were informed we did not have a booking! The receptionist was amazing, she informed us that we were not the 1st to arrive only to be told we were booked in the panorama in Garda some 60km away! As you can guess we were not pleased it was after 8.00 in the evening and no transport. The receptionist quickly telephoned the taxis (which had cost £490 ) to return. We were charged anoth 100 euros. On arrival the receptionist literal smirked and said you are here now and charged us 42 euros tax. This was becoming a very expensive holiday. The rooms were extremely poor but I was confident that after a phone call to the travel company the following morning everything would be sorted out. Little did I know it was going to be a long night. Around 2am we were woken by my daughter banging on our room door shouting us to leave our room. The hot water tank had burst and it was flooding the outside corridor. After what seemed an eternity my husband who is a plumber had to tell them to shut off the water!!
The following morning the call was made to the travel company who said the photographs that we had viewed had not been on their website and we were stuck in the hotel from hell. Returning to the hotel the tank had not been repaired and we only had cold water. During the night the air con failed and began leaking water. We reported this for 3 days when we were offered towels to soak up the water. Eventually the cleaner put a bucket underneath. It was like Chinese water torture, the constant drip drip during the night was relentless.
I could go on about the food but I'll leave that for someone else. Be warned check the pictures you view are the hotel that you think you are getting Its a big scam and even both receptionist know it.

I agree with some of the points put in the last two reviews, the panorama has the same name as a upmarket panorama hotel in limone, but the price alone should show you wich you are booking 1. panorama limone £ 1150 per week 2. panorama costermano £ 223 per week..........pay your money take your chance.

The hotel is a basic 2/3 star used by coach trips and people on a low budget, at a very low price, it suited us as we had a car and were using it as a base to sleep after trips to Milan/Verona?Venice/Riva ect all within a 2 hour drive.

Breakfast was the same as most hotels in Italy. jucies tea coffee/ rolls meats cheese ect the standard fare, evening meal ( if you wanted it and did not want to visit the exellent good value lakeside resturants) was salad bar, soup, pasta, main course cake, not the best but just o.k.

MISLEADING RIP OFF - BEWARE OF STAYING AT THIS HOTEL

We booked a 7 night holiday from 25 June 2016 until 2 July 2016 at the Hotel Panorama in Garda, which we understand was in Limone. We were very surprised therefore to get dropped off at the hotel Panorama in Costermano which is NOT in GARDA!
The photos this hotel are using are totally misleading- the place is extremely poor and I am shocked any tour operators are using this hotel! The room we were given was horrible, old with overgrown greenery outside the window, there was no air conditioning, no electric sockets we could use and small thin towels. We did not unpack and went back to reception to check we were in right hotel, they had the booking, Panorama Garda, the man grunted at us and shrugged his shoulders when we said we should be in Limone. I asked if he had a better room and he said NO!
The position of this hotel is a good 40 minutes walk outside of GARDA- we had no idea how far it was, the man just pointed us in the direction.
The bar area, dining room are filthy!
We paid 21 euros city tax as well - TOTAL RIP OFF AND ILLEGAL as we found out later- that amounts to 2euros each per day which is for a 4 star hotel!
THIS HOTEL SHOULD NOT HAVE ANY STARS - DO NOT STAY HERE!
We only stayed here 1 night out of the 7 nights we booked. At extra cost to us we managed to get another hotel for 6 nights nearer to the lake called Hotel Villa Murino, absolute gem of a hotel near to the town.