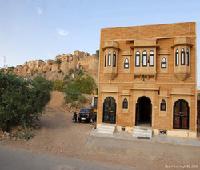 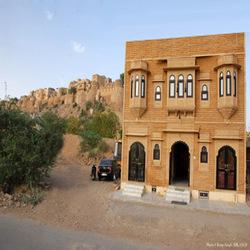 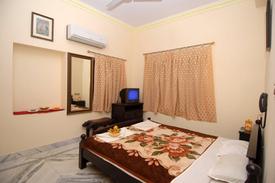 BEHIND SHIV TEMPLE,OPP. PETROL PUMP,Jaisalmer,Rajasthan,India 1 Star Hotel
View All
Check in
Check Out
Value for money Travelloroz on

We are pleased to introduce our hotel properties in the heart of Jaisalmer with excellent facilities at affordable price in the decent environs of Desert City Jaisalmer.Hotels are the establishments where individual needs are understood and catered to with graciousness. We set our own standards with a commitment to provide the best in Hospitality and Comfort, at a very attractive price.

We are pleased to introduce our hotel properties in the heart of Jaisalmer with excellent facilities at affordable price in the decent environs of Desert City Jaisalmer.Hotels are the establishments where individual needs are understood and catered to with graciousness. We set our own standards with a commitment to provide the best in Hospitality and Comfort, at a very attractive price.

They promised quality and they delivered it. Sonu Singh was the person who made our stay in this hotel. Not only stay but the camping, safari, and touring places near by was arranged by Raika palace.
The whole stay there superb, the staff is very helpful, the team associated with them also look after their guest.

The place is very nicely placed within walking distance of market n in d center of major tourists destinations. Good rooms n a decent room service. A true value for money. Also the manager was very helpful and good to talk to.

Not good located and no rooftop restaurant

We stayed here for 2 nights, as we prebooked the rooms. The hotel is not centrally located, and the neighbourhood was dimly lit, so we always took a tuk tuk. Rooms are nothing to write about, and the first night tere was a lot og noise. They have a rooftop restaurant, but told us the menu in the room was only for roomservice. Eventhough the menu stated otherwise. We would ave preferred to stay closer to the fort or in the fort.

We had booked this after seeing the photos but it was no where near what it was shown online. Although close to the fort, the entrance was pathetic as had big bulldozers, cement, dust all around..We saw the room and was totally taken aback as it was very small, no ventilation n the bathroom was filthy. Didn't stay there a second n left it, and checked ourselves in to a better resort - desert tulip. Paid more there but totally worth it.

Arrived here quite late (after 10pm) having come straight from a desert safari where (fortunately) we had been fed. Reception suggested we do the ‘check in’ admin in the morning – a splendid idea as it takes ages. But, I did ask for a coffee and was told the kitchen was closed, despite the notice on the Reception wall stating it closed at 10:30. So, for a caffeine fix I asked for a cola. “Ok, we’ll get that”, was the response. It arrived at my room about 30 minutes later. I learnt later that it hadn’t come from the kitchen as I expected but, that our driver had had to go out and buy one.

Our rooms were adequately sized and furnished but, some may consider them a little small if staying more than a couple of nights and some have a fort view. The room and bathroom was fairly clean and provided a remote control for the air-con. There were also lots of switches, most of which didn’t seem to control anything and judging by the candle wax on the bedside cabinet, they suffer power cuts, though we didn’t experience any. The décor was light and clean but spoilt by an unsightly 4 ft fluorescent light fitting. Another drawback was that the place was crawling with (harmless) crickets, anywhere the air-con wasn’t turned to cold.

In the morning I checked out the menu kindly left in the room and decided to go for breakfast just before 8, an hour after the restaurants advertise opening time. I asked reception to point me in the right direction, not noticing the ‘Roof-top Restaurant’ sign pointing up the stairs. The staff seemed not to understand my question and responded, “Outside”. Looking through the open front door and seeing it pouring with rain, I wasn’t too impressed. With that, our driver appeared, bleary-eyed and still pulling his shirt on. My presumption that the staff had little English was confirmed by our driver as they had woken him to translate.

Despite the menu in the room, the signs in reception and the statement on their website advertising “Roof-top restaurant with fort views, serving traditional Rajastani food”, I could find no evidence of a restaurant or kitchen.

It does appear to be a fairly new building so may not be finished yet or, it could be that it was closed due to it being out of season, and that their lack of English made this difficult to convey. Yet, despite this major setback, it was value for money and well located just a few hundred metres from the fort.