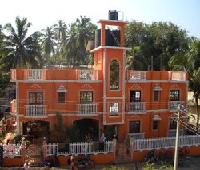 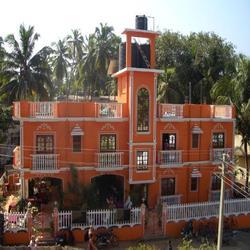 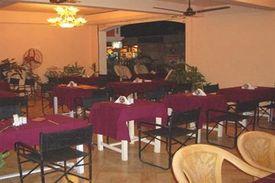 Hotel Sea Gull is a 3-Star beach resort situated near the border of Calangute towards Candolim, very close to calangute beach. Hotel has a lively restaurant which has been extremely popular over the years, serving English, Continental Multicuisine. Besides these we also have a huge repertoire of Chinese, Goan as well as Indian dishes to whet your appetite. 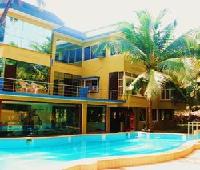 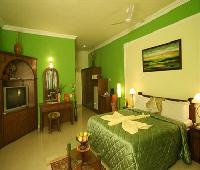 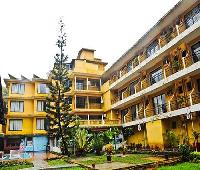 Hotel Sea Gull is a 3-Star beach resort situated near the border of Calangute towards Candolim, very close to calangute beach. Hotel has a lively restaurant which has been extremely popular over the years, serving English, Continental Multicuisine. Besides these we also have a huge repertoire of Chinese, Goan as well as Indian dishes to whet your appetite.

We stayed here for 4 nights and had a good stay. The room was lovely and was very clean, one thing to note is that they do not clean your room for you unless you leave your key with them and ask for it to be cleaned. We ate in the restaurant every morning for breakfast and had a couple of evening meals and the food was good! The beach is only a 5 minute walk away and there are plenty of places to eat nearby. Do not book this hotel if you are looking for somewhere with a pool, the pool water was dirty and there isn't really anywhere to sit, we didn't see one person use this in the time that we were there, but other than that no complaints!

We booked this Hotel in March through booking.com. Which we thought was a good hotel.
When we arrived at the hotel. The staff demanded us to sign the paperwork first .And were was very very rude. when we asked to see the room first.
The rooms we were offered were a pig sty. and they refused to give us another room, told us there were no rooms available as they were fully booked.
We were not happy with the rooms we were given.
The rooms has a disgusting smell, Bugs flying around, the cupboards were smelly & mouldy, the safe in the cupboard was rotted, the bed sheets were dirty white, the towels were dirty white. even under the beds it was mouldy. The rooms seemed never been used & cleaned.
As we could not stay in the rooms we were offered, we asked for a refund and was totally refused.
Even though we had to find another Hotel the same night, we were not refunded so lost out.
And yet as we were at the desk. the people of the street asking for the rooms were offerd the rooms.
A very BAD exprience at this hotel. which we never encountered before.
We will never stay at this Hotel ever again. And would not recommend it to anyone.
Do Not Go With a Face Value. Wil Be very disappointed.
Would rate this Hotel "0* "

BIG TIME NO for this hotel. Better you take roadside Inn.

Such a pathetic hotel i have ever seen, No co-ordination, stayed there a week back. They charge you for the day and say its flexi check-in but would ask you to wait till next morning even if you had paid for that particular day. Hotel Manager sits taking one table and chair, there is no proper reception. Dirty washrooms, No exhaust fan /freshener and toiletries in the washroom. while asking for the same, they say they dont provide as per the management rule (ek ko provide kiya freshner to sabko dena padega) Their management only knows how to snatch money. They charge 2200 to 2800 rs. per night without breakfast but its not worth of rs. 1000. I doubt for what reason they charge some heavy amount. everything is chargeable. Rules are pasted in the hotel room as if its hostel and warden will punish you if you break the rule. No body is courteous in the hotel. The only thing if you want to shell out money for no reason go to this hotel.

This is a nice little hotel located fairly centrally in Calangute. The staff were relatively friendly, the rooms very clean and the bed was very comfortable.

My only complaints would be that the pool was a little dirty and then wifi only worked in the public areas of the hotel (though this is stated in the description of the hotel).

The worse place ever

I arrived in Goa on 6th Feb 2017 my family stay in holiday street, and as I booked late I was unable to get into my regular accommodation.
Looking on the net I found hotel seagull, it was in the location I wanted to be near my friends and family. as I was on my own, On arrival I was given a 2nd floor room the smell of mothballs was so strong, but you are in Goa this I could deal with.
The next day I noticed the towels were not clean so use my beach towel to dry myself
Went to breakfast then left my keys in the box saying make my room, I asked the manager if I could have a clean towel.
I cam home from the beach to find my room was how I left it, I asked one of the boys for a clean towel this did not arrive so used beach towel.
Next morning sitting waiting for breakfast asked manager if my room can be cleaned..
he seemed very hostile then left me sitting there for ages, I asked if I could order breakfast and was told NO as I had not paid for yesterdays I said I thought it was included, he was so rude, I paid what I owed him and left.
When I returned my room again was not made and the Manager seemed very hostile.
As I was on my own and did not feel safe, I contacted Expedia, although I booked in the UK they are in India and have no UK office.
Expedia called the hotel and had a conversation with George this I was told was the Manager. I asked them to move me but after calling the manager he refused to refund the remaining 11 days.
The next morning The manager asked why I had contacted the agent and that I can leave but will not get refund. when I tried to reply he turned his back on me.
I phoned my Husband in the UK he booked my a hotel for the rest of my stay.
I returned to the Seagull. found my safe open this was the final straw, i packed my bags and asked one of the boys to carry it downstairs this he did, when my cab pulled up The manager said something in indian and the boy walked away. the cab driver told me he said not to help me. The manager is short with no hair beware if you are a women on there own he is a bully, I feel this would not happen if my Husband was with me..
If you are a single women