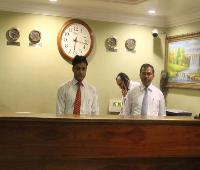 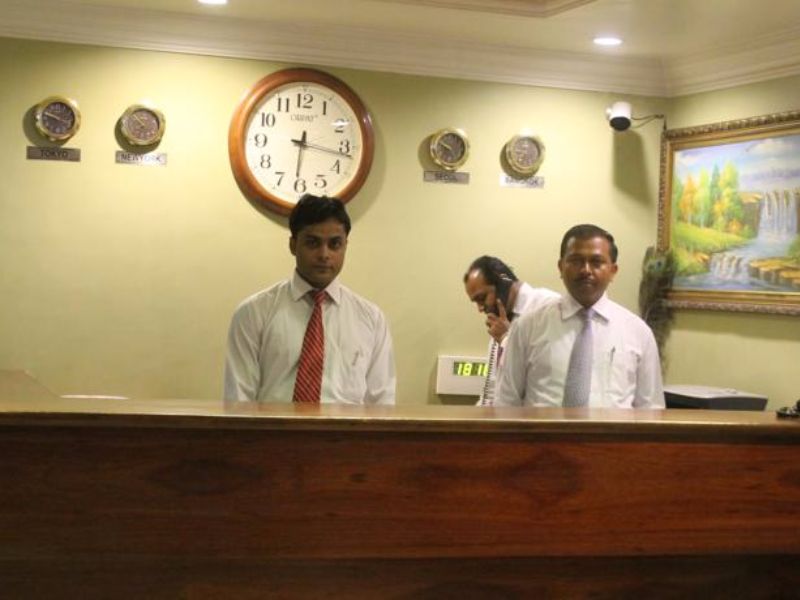 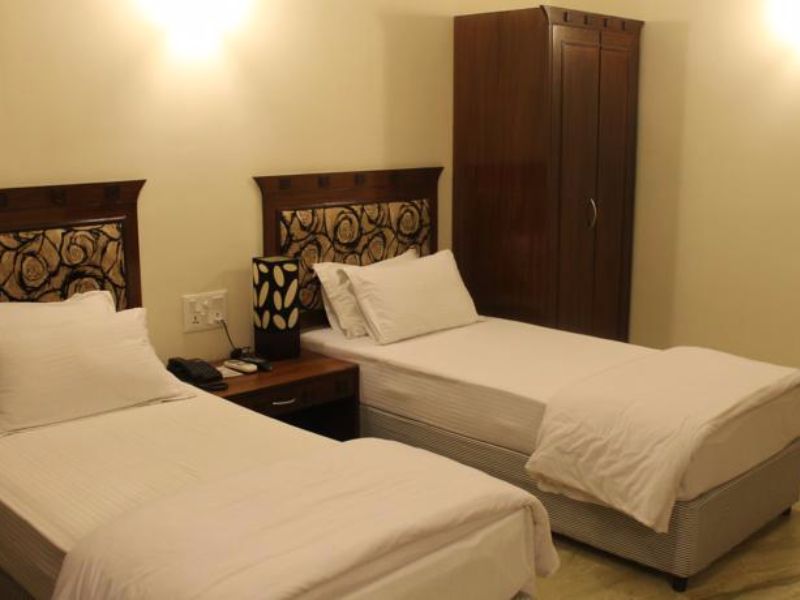 Stay in our 65 well-furnishedrooms featuring modern facilities to make your stay memorable and fulfilling. The interiors are elegantly crafted by experts to create a pleasing environment for spending vacations or engaging oneself in spiritual activities. Marbled floors and woodwork on walls provide completely hygienic space for organizing spiritual events. During the festive seasons in Bodhgaya, the inner space wears an entirely different look that is both aesthetic in appeal and pleasant to the eyes. Location : Hotel TajDarbar is an abode of ideal stay set within the precincts of UNESCO-declared heritage city of Bodhgaya, which is the holiest place for Buddhists. At a distance of 6 kms. from Gaya Airport and 14 kms. from Railway station. 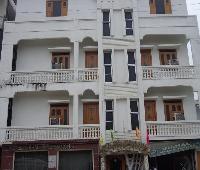 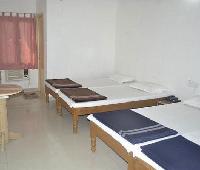 Stay in our 65 well-furnishedrooms featuring modern facilities to make your stay memorable and fulfilling. The interiors are elegantly crafted by experts to create a pleasing environment for spending vacations or engaging oneself in spiritual activities. Marbled floors and woodwork on walls provide completely hygienic space for organizing spiritual events. During the festive seasons in Bodhgaya, the inner space wears an entirely different look that is both aesthetic in appeal and pleasant to the eyes. Location : Hotel TajDarbar is an abode of ideal stay set within the precincts of UNESCO-declared heritage city of Bodhgaya, which is the holiest place for Buddhists. At a distance of 6 kms. from Gaya Airport and 14 kms. from Railway station.

While driving down from North India, I had to spend a night at Bodhgaya and needed a good hotel with secure car park. Hotel Taj Darbar was an excellent choice. It has secure car park, not too near the crowded town centre( 1.5 km) with very good room, free wifi, and good food. Room rent was Rs.2500/-. A great value for money. Service was good and food excellent.Ideal for travellers who are driving their own cars to visit Bodhgaya

A budget hotel with moderate stay……

Location:- Located conveniently near Bodh Gaya temple on main road with proper parking facility. Location I say it as 4*.

Cleanliness:- Not really good. Rooms though ok and room service were provided each day on request. Bathroom was very basic with not so clean commode and floor. Towels and bed-sheet were ok with stains. Restaurant was untidy with dirty table cloth. 2* star for cleanliness.

Staff:- Not really friendly and rude. Restaurant staff once forced us to have food in our small room as they are interested to provide service to a big group. All waiter/service boy looking for tips. Front desk staff were though ok. 2* for the team.

Rooms:- Rooms were of medium sized. Toilets with old, stained floor and very basic amenities. Rooms were fitted with noisy window AC which didn’t suffice enough comfort. Tea coffee maker was to-dirty and very smelly; on several requests, they washed it with so strong detergent that too smell loud. For room definitely 2* star.

Food:- Ordinary. Breakfast buffet:- poori/paratha, fruits, fried/boiled eggs, cereals/milk/juices. One day they didn’t provide buffet breakfast and when I asked for boiled egg for my child after having omelet for myself, the waiter refused to give me that as I already consumed 2 eggs. Really horrible.
I ordered for the same dish on two consecutive dinners, and got two different taste and preparation. Just imagine. No way than 2*.

I booked a buddhist tour with a tour agency for 907 sgd for 5Ns, including a guide and a private car and a train trip from Delhi to Varanasi. I was told my hotel Taj Durbar was an upgrade so it could only mean a 4 star, only to find out later how wrong that was.

On arrival at night, I had to provide passport and fill forms for formalities, I couldn't got what one guy (which i believed was wearing black shirt then had said), so i said sorry?
and he repeats with a very annoyed voice that some of those Indians I made when you can't understand their accent. Rest of the conversation went ok , but that incident pissed me off a lot.

For starters if you going to give your guests paying a lot for your overpriced hotel stay an attitude maybe you should not be working in the hotel industry. 2nd when people from other countries don't understand me because of my accent sometimes, I perfectly understand because it is normal so why is this POS giving me an attitude? thats easy, minus two stars for service!

Now on to the hotel room, it was a twin bed with 2 ceiling fans and an antique noisy air con that looks like it existed in the 1960s, which ofc i don't know where it come from, just a way to describe it. The bathroom looks old, which is acceptable, and there is a bit of noise when people move up at the hotel, which again to me is acceptable, but what is not acceptable to me is how is this even a 4 star hotel when it is more like 3 at this point?

I woke up a few hours, and noticed there was a power outage which is normal. While the ceiling fan was still spinning, the air con wasn't. So much for a "4 star stay" hmm?

Next day, after visiting mahabodhi temple, i came back to the hotel and realised the room was cleaned without my permission, nothing seemed stolen since i locked my bags. Ok, I understand different hotels have different policies and this could be seen as acceptable, but this pissed me off a little, as i do not like people cleaning my room unless i asked for it.

The worst part of it all however, was when i decided to order some chinese manchurian meatballs. After waiting for almost an hour, i called the hotel staff and they said food was coming. Up until this moment, the free breakfast that i had were ok. The first bite on the meatball, i was immediately assaulted by the extreme spiciness of the food. Having come from a multiracial country and eaten many spicy indian food and tasted other spicy food while in India, I believed my tolerance for spicy level is decent high, but even the most spicy food i had taken is not even comparable to this.

To call that even "food" is an insult to food itself. I ended up leaving 2 meatballs uneaten, which is a feat given that in my whole life, i have only dumped food twice because of how bad it tasted, and hotel Taj Durbar was one of them, I am the type that you could prob could decent sealed instant noodles, add an egg, and i would still eat it.
My tooth was badly hurt and i ended up needing a root canal on a damaged tooth much later. It was already damaged, but the food from this hotel most likely sped up its process. Minus one star for bad service, and a reminder what an idiot i was when i should have stopped eating after the first meatball.

Everyone who stayed in this hotel better say a prayer, you do not want to spend so much for a 4 star hotel only to get a 1 star value, and be prepared to play russian roulette in case you get the chef or the hotel staff in a bad mood.

A reasonably well maintained hotel with large rooms. Despite being an old fashioned hotel it is still well maintained. Staff is well behaved and services are good. Though the Buffet was not always served due to low occupancy.

A good hotel with reasonable good facilities. The rooms are spacious. The Buffet was OK and can be improved. The rooms are pretty neat and clean. The staffs are well behaved and supportive. Highly recommend for visitors.