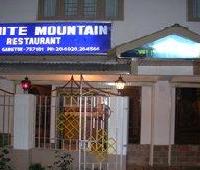 Namnang Road, Below Assembly House,Gangtok,Sikkim,India 3 Star Hotel
Check in
Check Out
the best in that price range nabajeet d on

This budget hotel is just 10 kms away from the Hanumantok and 45 kms from the Nathula china Border, and is right below the Assembly House. There are 17 rooms for guests to stay. There is a multi-cuisine restaurant that serves scrumptious fare to in-house guests. One is offered airport transfer from its premises. 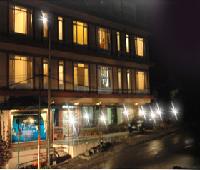 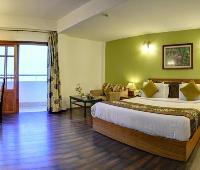 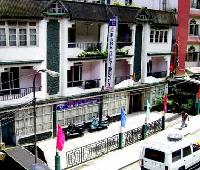 This budget hotel is just 10 kms away from the Hanumantok and 45 kms from the Nathula china Border, and is right below the Assembly House. There are 17 rooms for guests to stay. There is a multi-cuisine restaurant that serves scrumptious fare to in-house guests. One is offered airport transfer from its premises.

the best in that price range

The hotel is very near to M.G Marg, the rooms are very clean and beautiful. The view from the window is amazing provided the weather is good,. The bathroom is average, and even doesn't matter as we hardly spend a hour inside the bathroom. Like all hotels the food menu was expensive, again it didn't matter because M.G Marg was at a walking distance, so we went there for food. It was amazing stay

Not a great place to live in, room is clean but, bathroom is dirty. View is good from room. Hotel doesn't have restaurant. Not much of fun to be there. Near by MG road is only positive thing. Budget hotel!

Location is very close to MG Marg rest is too average-

Booked from 1 june to 2 june 2016 for our group's three members in the name of Ratana Ram;room provided to us was congested and not attractive at all,average facilities but hotel is very close to MG Marg and cleaniless is up to mark;may be opted for a 1 or 2 day casual stay ---thanks---SSS-Sumer Singh Saran-

Not the mountain you'd look forward to!

It was my first trip to Gangtok. The room in White Mountain was booked by the "Tours and Travels" who was in-charge of our entire North East trip. I had read bad reviews both in TripAdvisor and Makemytrip before reaching there. But had no choice since the tours and travels representative was not ready to change the place of stay.

As soon as we reached, the series of problems started raining upon us. The "so called" Manager/s at the reception were rude and said, "The room was booked for last week and you were not here then. So there is no room available for you." I had to put all my energy into focus to prove to him that I was in fact right and reached there the day the room is booked for. The Manager/s later agreed that it was a mistake at their end and in fact a human error!

One wicket down, I was happy that the problem is solved. But I was wrong. We were 3 in number and had explicitly requested for a 3 bedded room. The voucher given by the "Travels" also mentioned the same. But the scenario was different here. I was bluntly told that there are no 3 bedded rooms in their hotel! I had to call my agent who's located 3000 km away and he had to call his agent who's in Darjiling who later called White Mountain and did the talking. They later agreed to provide a 3 bedded room. Don't ask me, where the room was hidden earlier when I asked for it.

Two wickets down. I was happy that finally we get a place to sleep. But, surprise! The story isn't over yet. The room boy escorts us out of the hotel towards a creepy place where the stairs leads you down to about 30 feet below the ground level. Am I living in the "Bunker World" I saw in the German movie Downfall?

The steep stairs lead you to a passage which doors 5-6 rooms. We were given the last room. Seemed like nobody lived there after last year's peak tourist season. The carpet had tea stains. The pillow covers weren't changed in a year. The bed sheets were smelly. The bathroom was nasty like the one I last saw in a Government bus stand, there was a big spider sneaking behind the main door jumping happily to say Hi to us, the tourists. The beds were so hard that it seemed like rock. The toilet looked filthy. The bathroom floor was wet. The room boy, took a bath towel and cleaned it dry using his hands. He also chased the spider and threw it out of the room.

The luggage was transferred to the room. I take out my phone to make a call. Finally remembered that there wouldn't be cellphone networks in any bunker. Had to spend 3 days in this HORRIBLE place without network, comfort and peace of mind.

Did I forget to mention that there was a booze party going on in the next building with ultra loud music which would go till 3 AM? In case you choose this hotel and for your bad luck there's a party the same day, I think you better forget that you're in Gangtok and just think you're in the beaches of Goa or Ibiza!

Last Note: The major portion of the business of White Mountain comes from "Tours and Travels" of Southern India who charge a bomb for aesthetically presented North / North East tours. People like me get cheated and burn more than a lac INR on a one week trip only to go through all this. Most of the people who visit the hotel are one time visitors and nobody cares because they know that you anyhow wouldn't come back there.

So if in case you're travelling on your own and do happen to choose this hotel, consider any other decent place near Mall Road. If in case you've chosen a North East package like I did and your service provider offers you this hotel, don't settle until you get it changed.

PS. The reason I've throughout mentioned "Manager/s" is because there're a couple of guys over the reception with a black blazer who seem like a Manager. But the reality is they're all in one. The guy who cleans the bathroom with a towel, the guy who brings your tea and he's also the guy busy watching movies over the phone when you visit the reception asking for toilet tissues!

And sorry. I don't have any photos of this place. My camera completely refused to click any photos here!

It is not a place worth staying. Hotel staff is not co-operative. Food in the restaurant is very poor too costly and not worth. They are charging double the rate i.e. double of MRP on Water bottles and other packed items.