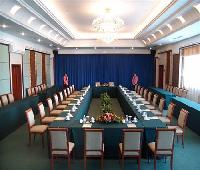 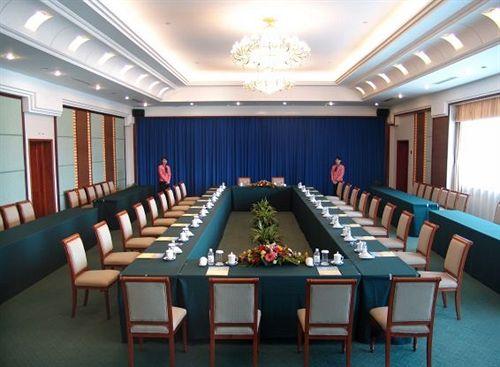 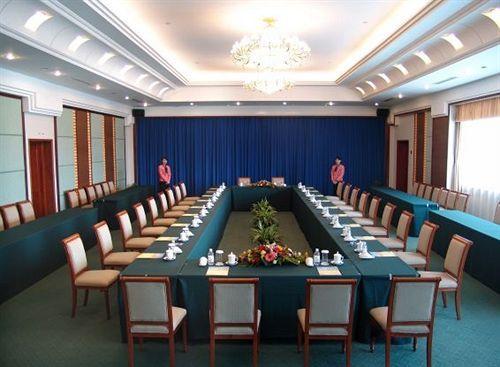 No.75 Yanan First Road, Shinan District,Qingdao,CN,China 3 Star Hotel
View All
Check in 15:00
Check Out 15:00
As expected but no free beer Craxiter on

Property Location Located in Qingdao, Huang Hai Hotel is minutes from Qingdao Tiantai Stadium and close to Xiaoyushan Park. Rooms Make yourself at home in one of the 354 guestrooms. Rec, Spa, Premium Amenities Try your luck at the casino and enjoy other recreational amenities, which include a fitness facility. Additional amenities include complimentary wireless Internet access and concierge services. Business, Other Amenities Featured amenities include complimentary high-speed (wired) Internet access, a business center, and dry cleaning/laundry services. Free parking is available onsite. 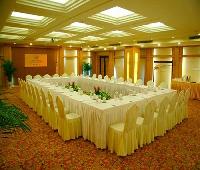 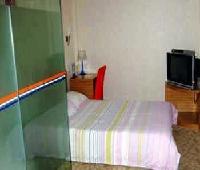 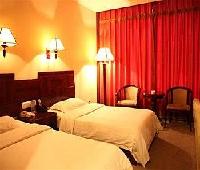 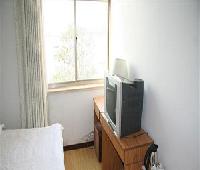 Property Location Located in Qingdao, Huang Hai Hotel is minutes from Qingdao Tiantai Stadium and close to Xiaoyushan Park. Rooms Make yourself at home in one of the 354 guestrooms. Rec, Spa, Premium Amenities Try your luck at the casino and enjoy other recreational amenities, which include a fitness facility. Additional amenities include complimentary wireless Internet access and concierge services. Business, Other Amenities Featured amenities include complimentary high-speed (wired) Internet access, a business center, and dry cleaning/laundry services. Free parking is available onsite.

As expected but no free beer

Many people would be disappointed to see a notice in the elevator that the buffet includes free Qingdao beer, but then not actually have it. But that was about the only disappointment. I had an upgraded high floor room, although facing the hill not the sea. The sea view rooms I am told have a very nice view. There is a nearby very large park and the old Olympic facilities. In May the beach was swimmable, although I only waded. It is suggested to go left from the hotel and up the hill to a local shopping district. At supper time, scorpions were being offered as a snack! Lots of banks but despite what they say on the outside they really cannot (easily) change money and one essentially has to go to Bank of China downtown for that (but there is an ATM in the lobby).
To come back to the buffet, it serves local food which is heavy on vegetables. Those used to Westernized Chinese food may be disappointed. The menu changes but not much, each day. Only on the last night did I find that there is a chef on the side ready to hand make noodles for you. Not only was that delicious, but he came over to my table later to make sure I had enjoyed it!
I enjoyed the locale and found the hotel generally a good place to stay.

About as bad as other hotels I stayed in. Large lobby with enormous TV showing communist propaganda (Mao doing just about anything.) Small rooms smelled of bad fried food, view of sea promised, got photovoltaic panels no charm. Hotel needs to invest in new carpets and vacuum cleaners. Breakfast unspeakable.

Close to the beach

I was here for a few days on business. Upon arrival they messed up my booking, but they were apologetic and managed to get me a room with a view on the non-smoking floor. The room wasn't anything too special, the furniture and carpet seems dated, but it was clean and tidy. The location is great for holiday makers, within 5min walk to the beach.

Could improve with better sound proof

Booked this hotel as my event was happening here. Got a room right in front of the elevator but sound proof was quite poor as I could hear clearly the ladies chit chatting in the next room. Do prepare ear plugs if you are a light sleeper.
Location
I arrived almost midnight and only stayed 2 nights and didn't get to go out much and walk around hotel.
Room
Clean and tidy but it was still quite cold with the heather turn on as the cold air was coming in through the window. Can hear noises clearly from room next door. Though it was a non-smoking floor, there are still cigarette disposal bins available right below the Non-smoking sign which defeats the purpose. I seriously can't understand why can't hotel have a fully and strictly NON-SMOKING area.
Staff
Friendly and polite. Can converse in simple English but if you could speak in Mandarin, that'd be better.
Breakfast
Room package came with breakfast and they had a good spread of variety-Chinese and western
Might consider this hotel again if event is happening here and just 1 or 2 night stay for convenience sake.

Average room that was rundown looking

I was part of a conference and stayed on the executive floor. I'm not used to smoking in hotels so I could always tell when someone was smoking on my floor. My room didn't smell that bad but it definitely had a smoker in it recently. Water pressure in shower was great. Carpet was worn and bathroom had strange black spots in the shower. Hairdryer was an adventure.

No wireless internet in room but was wired and had adapter to plug in ipad. I was provided two water bottles a day but I think the regular rooms don't get that.

Bed was hard but I really liked that. Only one tv station in English but that was fine with me. I wasn't there to watch tv.

Ate at the buffet restaurant most days. Same food most days (all three meals even). It was ok with some outstanding selections in the back where they will grill meat and steam seafood fresh for you. Too bad I didn't figure that out until my last day.