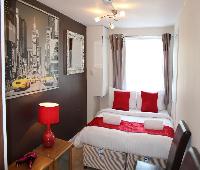 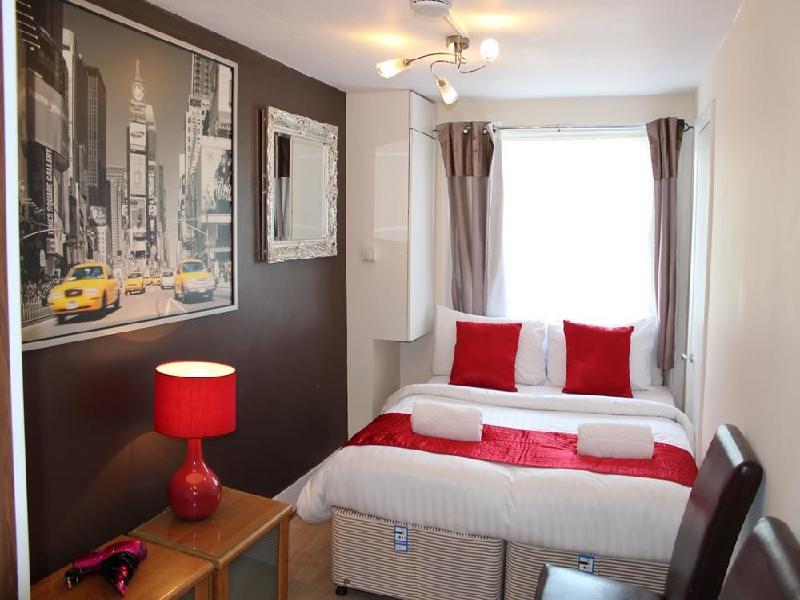 4 Princes Square,London,GB,United Kingdom 3 Star Hotel
Check in 15:00
Check Out
Believe the other reviews and avoid steven e on

Property Location With a stay at Kensington Court Hotel Notting Hill in London (Paddington), you'll be minutes from Whiteleys Shopping Centre and close to Royal Albert Hall. This hotel is close to Trafalgar Square and Big Ben. Rooms Stay in one of 20 guestrooms featuring flat-screen televisions. Complimentary wireless Internet access is available to keep you connected. Conveniences include coffee/tea makers, and irons/ironing boards can be requested. Dining Enjoy a satisfying meal at a restaurant serving guests of Kensington Court Hotel Notting Hill. Business, Other Amenities Featured amenities include express check-in, express check-out, and a 24-hour front desk. Parking (subject to charges) is conveniently located nearby. 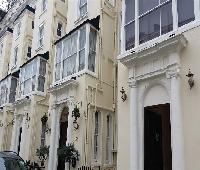 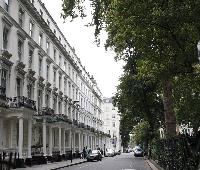 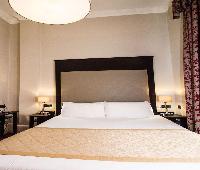 Property Location With a stay at Kensington Court Hotel Notting Hill in London (Paddington), you'll be minutes from Whiteleys Shopping Centre and close to Royal Albert Hall. This hotel is close to Trafalgar Square and Big Ben. Rooms Stay in one of 20 guestrooms featuring flat-screen televisions. Complimentary wireless Internet access is available to keep you connected. Conveniences include coffee/tea makers, and irons/ironing boards can be requested. Dining Enjoy a satisfying meal at a restaurant serving guests of Kensington Court Hotel Notting Hill. Business, Other Amenities Featured amenities include express check-in, express check-out, and a 24-hour front desk. Parking (subject to charges) is conveniently located nearby.

Believe the other reviews and avoid

The one single positive of the stay was the polite greeting by the young lady on reception, upon arrival. Once at our room, after climbing three flights of stairs with our luggage, we were greeted with what can only described as a disgusting room. The ensuite was filthy with brown smudged matter on the tiled wall, near the loo. In the bedroom, it looks like a previous occupant had wiped nasal contents over the wall near one of the beds. Thank goodness we only had to endure only one night here.

My friends and I were looking forward to a weekend away in London to celebrate our friends 30th birthday!

We had a busy morning of travelling and looked forward to checking into our hotel to find that from walking through the door to find a thread bare carpet and a fusty smell. To then be told we were in room 17 up the stairs with no lift! There we're around 2-3 rooms per floor and with our suitcases and bags it wasn't ideal that the hotel didn't have a lift! The floors got worse the further we went up to then see that the banister on one of the floors was very loose to even hold onto!

We then got into our room which we had two double beds, it was very small and had dirty walls. The toilet was broken and no toilet rolls had been given to us. The shower was very old and dirty, the shower curtain was mouldy on the bottom.

After a busy afternoon in London we came back to the hotel around 9.30pm on Friday 21st July! We all changed into our pjamas ready an early nights sleep ready for the next day and we put face masks on before bed. At around 10.30pm my friend saw a mouse appear from under one of the beds which resulted in us packing our bags and leaving the room. We then came down the stairs to reception to advise of what we had seen and to check out to find that there was nobody on reception (was supposed to be 24 hour reception) there was a board with a number to ring encase of any emergency but this just rang the bell in the reception. After around 30 minutes we decided to leave and find another hotel in our pjamas in the pouring rain frantically trying to find another hotel and luckily found a very nice and accommodating hotel to put us up for the weekend!- Bayswater inn hotel!

The next day we went to speak with the hotel and found 'mr helpful' on reception who didn't seem concerned whatsoever at the fact we informed him we left the hotel due to a vermin infestation in our room! He was very unhelpful and quite rude, he told us we had to write an email to his manager to determine if we could receive a refund or not.

Luckily we have managed to get the money back for the hotel however, I don't feel this is acceptable as we had to go to another hotel- and not only pay out for two more rooms as which were more expensive. Due to this it balanced out to no refund or compensation. Which I find very unacceptable from a company as big as 4chotels.

It is safe to say that environmental health will be contacted in regards to this matter and I would not even consider staying in another hotel from this chain.

Could have been worse!

We just stayed here for three nights. Given that we are quite a practical and appreciate that you get what you pay for, all we wanted was a base room. It served that purpose and the bed was clean, bathroom functional. Staff seemed friendly enough.

Having read the reviews on here since we booked - it could have been a lot worse. We had a window and a private bathroom at least!

There were so many things that would make me never go here again though if I'm honest.

Carpets were filthy, not just a bit worn but disgusting with hair and al sorts. Ironically there were two hoovers in the hallway but neither made it to our room!

No clean towels - 3 night stay and nearly 30 degrees so we had at least one shower a day each and no clean towels - or anywhere to dry the damp ones. No hand towels either. Would have brought my own if we had known.

Noisey - you can hear everything in every room all night. We were woken up nearly every hour, banging, people talking at 4am etc.

Parking - there is plenty but as we found out, one side of the road near the hotel is residents only. Opposite side is visitor. This is not clearly marked at all!! No one in the hotel pointed that out so despite getting up before 8am and paying we still got a parking ticket.

Dodgy electrics - the plug sockets are barely attached to the wall and I seriously doubt if they are anywhere near any regulation standards.

Location is good though and suited our purpose for the weekend.

Whilst we appreciate that you get what you pay for, we spent £100 a night and from the pics on the website thought this was a good deal. I wish we had paid twice as much for the 4 star place next door. There is cheap and cheerful and we are always ok with that, then there is this place. We didn't feel safe either which might sound strange but that pretty much sums up the feeling!

Pros: Good location, free wifi & friendly, approachable staff.
Cons: Terrible room. Beware that the room you're booking will not look like the pictures shown on their website. At all. The website shows images of colourful, modern & clinical rooms . We arrived to a basement room that looked like the set of an early 90s snuff film. The shower was makeshift with a piece of plastic on the top with the shower head being held on with what looked like an adhesive hook. The shower room even has its own vertical window that has no curtain or any way to stop people looking in when you're sat on the toilet or showering. Talking of the toilet, if you're over 5'5, expect to have to sit on the toilet sideways as you won't have any leg room because it's practically touching a wall. It clearly hasn't seen any bleach in its lifetime- as the brown ring above the water level suggests so. The carpets were almost shredded and needs replacing. The view was a lovely view of what is probably the staff quarters. No window to open. Couldn't open curtains for fear of having someone watch us change. Housekeeping was minimum. The housekeeper didn't change our towels at all while we were there for a number of days. On the 3rd day, he/she thought it was acceptable to give us a soiled quilt (picture included. Avoid if you plan on eating soon). The young member of staff was extremely apologetic and got us another quilt. We felt bad for her having to deal with the housekeepers incompetence.

Over all, it was the location that kept us at the property. If you plan on staying here because it's cheap, I suggest looking for a hostel for a cheaper price and higher standards.

Hotel is nothing like what is shown in the pictures online however for the price we paid it could have been worse and it is in a good location!
It is in desperate need of a refurb, I noticed the ceiling decor (could be really beautiful and authentic!) was falling apart in places.
The carpet was shoddy and the bathroom floor was dirty.
The shower ceiling looked like it was about to cave in and the shower smelt musty and slightly fishy when switched on.
Wasn't very clean at all and not what you would expect from a hotel in central London.
It was hot with no option to open the window and no air con which made for an irritable nights sleep for my partner!
I wouldn't stay again and would happily pay more money for better quality next time!