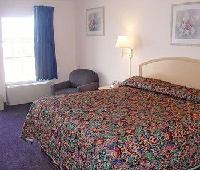 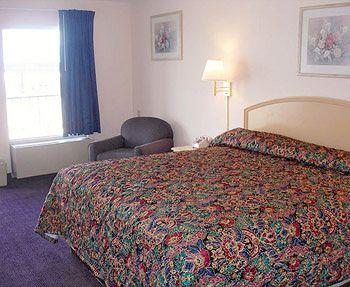 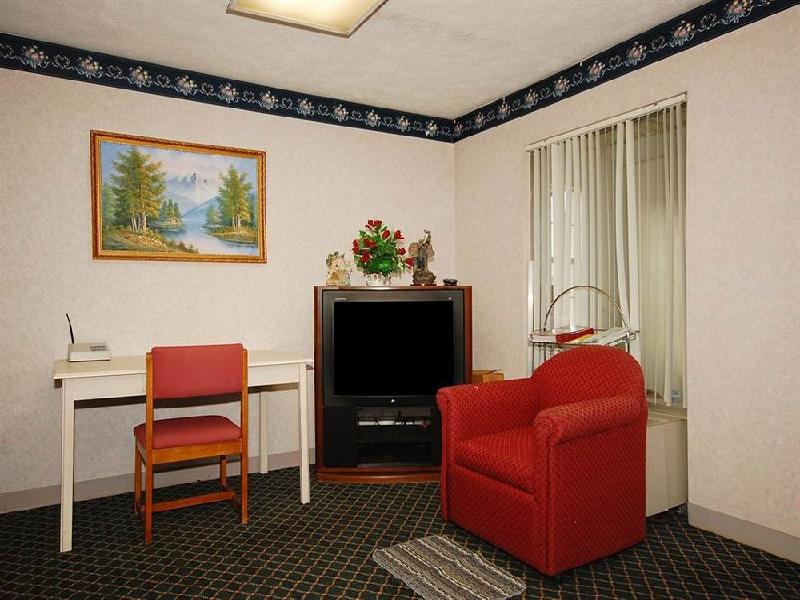 Property Location Located in Oxford, Key West Inn Oxford is within the region of Berman Museum of World History and Anniston Museum of Natural History. Rooms Make yourself at home in one of the 35 air-conditioned rooms featuring refrigerators and microwaves. Cable television is provided for your entertainment. Conveniences include coffee/tea makers and clock radios, as well as phones with free local calls. Dining A complimentary continental breakfast is included. Business, Other Amenities Featured amenities include complimentary newspapers in the lobby, a 24-hour front desk, and laundry facilities. Free parking is available onsite.

Property Location Located in Oxford, Key West Inn Oxford is within the region of Berman Museum of World History and Anniston Museum of Natural History. Rooms Make yourself at home in one of the 35 air-conditioned rooms featuring refrigerators and microwaves. Cable television is provided for your entertainment. Conveniences include coffee/tea makers and clock radios, as well as phones with free local calls. Dining A complimentary continental breakfast is included. Business, Other Amenities Featured amenities include complimentary newspapers in the lobby, a 24-hour front desk, and laundry facilities. Free parking is available onsite.

Not a good Place to stay

Normally I would not take the time to rate a hotel. This is by far the worst place that I have ever stayed in. I am always looking for a good inexpensive hotel to stay in. I have a friend that I come to visit in the area. It was earlier this year during the NFL playoff. All I wanted to do was check in and turn the game on and relax. Instead I spent the next 2 hours complaining about the terrible smell in the room. It smelled of liquor and smoke heavily. My tv did not work so I asked for another room. I got one and it did not smell bad but the TV still did not work well. My frig did not work. I had to carry the frig from the old room because the old man said he had a hernia and could not lift it. He then started to flirt with me and touch himself. He came back a few time to check on me and still kept touching his privates. It was not a good experience at all. The room seemed rather smelly still and I could see all kinds of cigarette burns in the sheets and blanket. Not sure what the bed was sitting on. It was some kind of makeshift frame. The whole experience was a bit too much for me. Please don't stay here unless you have no other options. I am sorry to have to say this but I really don't want anyone to have to deal with this.

I paid $40 for one night using a coupon. Room was clean, comfortable, and had a fridge. Located next to a large Wal-Mart. Mediocre continental breakfast. No major issues to report--it's a budget motel, not a resort, and it does the job for a cheap price...

Horrible...Straight out of an Alfred Hitchcock Horror

Don't even think about it!!!!! Terrible room, no internet as advertisd, like others that posted a review the staff was rude and insulting to the point of calling me an idiot even though with my compaints I acted like a gentleman. The Inn Keeper (Said his name was Bob but I doubt it ...he was of Middle East desent and probably had a name that could not be pronounced)would not negotiate the room rate. I was there on business as I work in NASCAR and was there for the big October race at Talladega.I would have checked out and got another room but all hotel/motel rooms were full. I disputed the room charges with Visa and was told that I had stayed the entire reservation as booked. They would not negotiate the charge or dispute the charge PERIOD!!! I got stuck for a bill for $666.since the room rate was jacked for the race paying as much as $160.per night during my 6 nights in that HELL HOLE!!! They apparently run a racket by taking advantage of people and sending them on their way!!!! I would have rated this review as in the negative but one circle was the only available option.

We were just needing a good spot to spend the night, this location was just fine for an overnight stay. The manager was very helpful, the room was clean, had a refridgerator and microwave, was a good value.

would not reccommend to anyone

I am actually a local, and needed a hotel for a few weeks while I was having some major remodeling done on my house. I picked Key West Inn for its convenience, it is located right next to Walmart.
The whole experience was basically a nightmare. The cleaning staff consisted of one very elderly man whose idea of cleaning was dropping towels off at the room once a day. I would come in from work to rarely find the bed made,and the only times that the bathroom was cleaned was when I did it myself. Only once during my whole stay were the sheets changed. My stay was in August, and even with the air running, it was miserably hot in the room.
The owner, manager, or whoever he was, was incredibly rude, especially to women. My fiance had multiple problems with him about the overall cleanliness of the room. We paid weekly, and on several occasions we had to take our receipts to the front office because they discontinued our key and accused us of not paying , even though we had paid for the whole week.
There actually was a "continental breakfast" consisting of little debbie cakes and milk they kept in a refrigerator in the lobby. However, I could never bring myself to eat anything from the lobby, because it was terribly cluttered and nasty.
If I had it to do over again, I would have stayed at the econolodge across the street. They have a pool, they have courteous English speaking staff, and it is just as affordable as the hellhole we stayed in.