Norman Manley Bolevard,Negril,JM,Jamaica 3 Star Hotel
Check in 14:30
Check Out
Above expectations Bruno M on 10 May 2016

This is a rustic; tropical location featuring five 1 bedroom Cozy Caribbean Cottages and 15 rooms for double occupancy.? The property is fully staffed with?an amazing bar and restaurant; house keeping; free car park; direct access to the beach; just steps away from your accommodation. 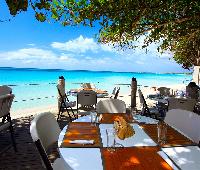 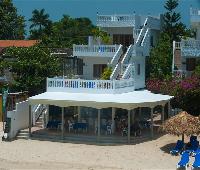 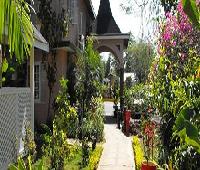 This is a rustic; tropical location featuring five 1 bedroom Cozy Caribbean Cottages and 15 rooms for double occupancy.? The property is fully staffed with?an amazing bar and restaurant; house keeping; free car park; direct access to the beach; just steps away from your accommodation.

After a long flight and an exhaustive trip from the Airport to the city center by train, it was a bit hard to locate the Hostel once I found myself at the right street.
The main entrance of the building has a small (almost hidden) sign that shows Conchita II is there. The hall entrance is not so inviting once its conservation is not good, giving you the impression of an old, abandoned place. The small, outdated lift assures you that too.

However, all that fades away when you meet the friendly staff and the bedroom is surprisingly good despite the old furniture and design! It had a frigobar, a fan and wifi.

The location of the hostel is also a big plus! It's near the Opera metro, Palacio Real de Madrid and lots of good restaurants, fast-food, souvenir stores and tourist attractions.

I would recommend it and would return for its cost-benefits.

We were a group of friends and spent six nights in this hostel.
It has an excellent location. Most of the important touristic objectives can be reached on foot. Very clean room and bathroom.. Very friendly staff. Lot of restaurants and groceries in the area. We didn't hear excessive noise, nor smell anything special. The pictures they put on Internet represent exactly the rooms, of course from an advantageous angle. Maybe a little chilly during November nights.

Great stay, for a small prize.

Me and my colleague had a great stay at Conchita II. The staf ( Raul and his wife) are very friendly. The hostel is located very close to the city center and to the metro. Do not expect luxury, but the beds are good and the rooms are very clean.

Not bad not good

Hotel have good location Very close to the center so no need to use metro. it was very difficult to move two person in the sametime in the room because it was very very small. We stayed only 1 night therefore they were not important for us. If you have tight budget you can stay there.

The rooms are only to sleep, nothing else

The only good thing of this "hostel" was the location. Close to the centre so you don't have to use the metro.

Let me start with the hostel itself, it was in a very old building and it looked like some people were renting rooms in their big apartment. Our room was really tiny, there literally only room for the bed, a washbasin, a really small "wardrobe" and a microwave with a tiny fridge on top. The owner had literally to take the only chair of the room outside because my friend and I wouldn't fit with it inside. The place was noisy and smelled like food sometimes from neighbours cooking

The place was really old and although it was clean you couldn't really tell that since the walls were stained and all the furniture old. The TV wasn't working but this was the least of my concerns. The water in the room had almost no pressure and one of the owner was kind of creepy. We came back one night (we were two girls) and he came out of his room shirtless and told us if we need anything to go and knock on his door. That was totally unprofessional and i don't know if he was trying to be friendly but he came out being a bit of a perv.

The room was cheap so we knew we weren't staying in a good hostel but that was really bad, they should at least put pictures that represent the reality and stop deceiving people. We only stayed two nights(of course no one tidied our bed or even open the window to air it) and we were just going for sleep so it was bearable.