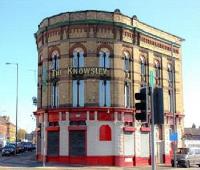 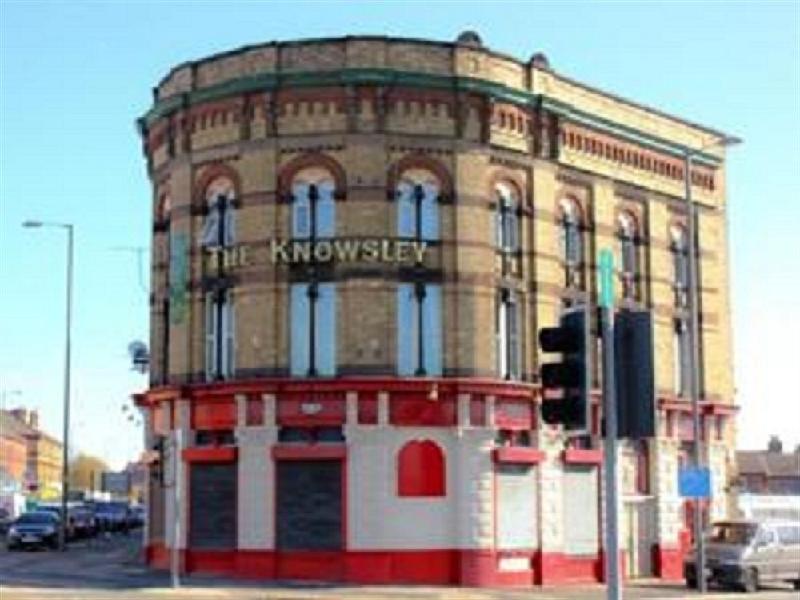 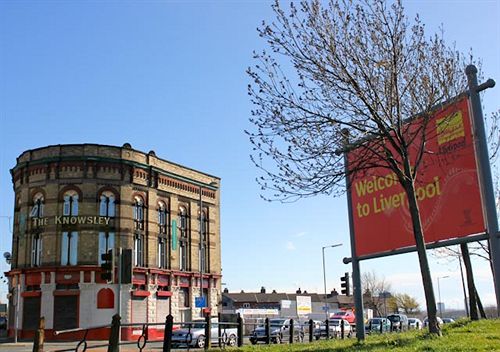 Property Location With a stay at Knowsley Hotel in Liverpool, you'll be close to Goodison Park and Liverpool ONE. This hotel is within close proximity of Walker Art Gallery and World Museum Liverpool. Rooms Make yourself at home in one of the 10 guestrooms. Complimentary wireless Internet access is available to keep you connected. Conveniences include coffee/tea makers, and irons/ironing boards can be requested. Dining Quench your thirst with your favorite drink at a bar/lounge. 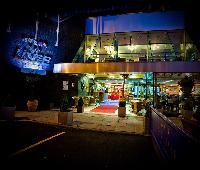 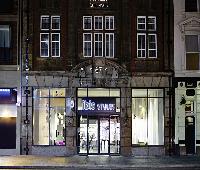 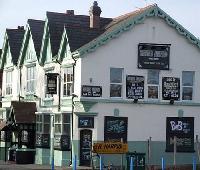 Property Location With a stay at Knowsley Hotel in Liverpool, you'll be close to Goodison Park and Liverpool ONE. This hotel is within close proximity of Walker Art Gallery and World Museum Liverpool. Rooms Make yourself at home in one of the 10 guestrooms. Complimentary wireless Internet access is available to keep you connected. Conveniences include coffee/tea makers, and irons/ironing boards can be requested. Dining Quench your thirst with your favorite drink at a bar/lounge.

Omg how bad this place is. Worst place I've ever stayed
No en suite filthy everywhere, floor would have been more comfy than the beds but no way was I laying on that ,
Really can't find anything good to say

Worst b&b ive ever stayed in. Wouldn’t even give it 1* charged us £200 a room of 4. No window, no en-suite, no mirrors, rat poison under the beds. No taxi would pick us up or drop us off !! And the smell was horrible

This place is awful beyond belief. It stinks of mould like a manky old garage - makes you want to retch. My bed was so dirty and smelled so much of dirt, sweat and urine that there was no way I was undressing and getting it - it smelled like a tramp had been dossing there. In fact, a doss house is exactly what this place is. Bathroom was on the level you might expect in a student house shared by 4 blokes allergic to cleaning. Furniture, such as it was, was dirty and mostly broken. There was no breakfast at this B&B. It's not a hotel: it's a derelict, decayed dump.

Booked to stay here with group of friends after our previous other booking at another hotel cancelled at last minute. Booking.com rates this hotel as 3 star but NO WAY!! Located on a crossroads about 10 min taxi ride from city centre. Arrived and thought it was a joke! Lower floor an ex pub and all boarded up with bars on windows. Front 'door' if you can call it that was shocking, peeled paint, seedy looking with kick marks, even the taxi driver asked if we were in the right place. Looks like a really rough place and it was. If I hadn't been with friends I would gave refused to go in it looked that dodgy. Up dingy stairs with holes in wall to first floor. 'Reception' in kitchen, only from 2pm onwards till evening, no one there otherwise. 2 women checked us in, obviously from some other country as poor English (not a problem) but looked like they'd just woke up and didn't seem welcoming. We had 3 rooms, two on first floor and one on second. No help to find room. Rooms extremely basic - 3 beds crammed into a 'single room' size. One wardrobe. No loo/bathroom in room, had to share on landing. The carpets were hideous and our bedroom window was sprained and wouldn't shut! Bedding clean but bed bases and headboards were stained so felt dirty. Hotel was quiet but because window wouldn't shut could hear the traffic so was kept awake! Then to top it off - the window cleaner appeared at 7.30am on a SUNDAY and disturbed what little sleep we had! Supposedly got a continental breakfast included but there was nothing but tea and coffee (self-service) not that we WANTED the breakfast! Couldn't get out of there quick enough, a big relief when we left! Spoke to a local bartender in city later on about this hotel - we were told the area is a known drug dealing suburb and the hotel itself used to be a brothel!! Wasn't surprised! Sorry but I won't be returning -NOT recommended!

Please avoid at all costs.

My friend and I travelled to Liverpool for a concert at the Echo arena on Tuesday 21st August. As we were only staying a short time and on a student budget we wanted someone cheap but with decent facilities. We found this place on Booking.com. We arrived to be greeted by an old- derelict looking building untouched since the 70s, not to mention the smashed up windows and bars on the windows but as the only member of staff present said 'its because we're renovating' which after having read reviews from 2014 this seemed to be the case too. Once inside the smell of mould and uncomfortable atmosphere was very much apparent as we were taken into a small room with plastic tables and chairs, with a superset table containing a water tank, yes this was meant for tea and coffee, and the water wasn't hot, with milk satchets, unwashed cutlery and broken glasses. Once entering our room with was barely 6 foot wide, my bed's headboard was no longer Present and my friends bed was covered in hair. The bed felt very slept in and unclean. If your like us and rely on your phones, charging facilities are at the bare minimum with the only present socket didn't work, so I had to use to one near the Ceiling which was intended for the TV. The shared bathroom, with this being our worst worry, our low expectations were met, with the shower head and screen covered in mould and the shower heating opens being scalding hot or freezing cold. Also you have to pay £1 per towel. As this place was stated as a 'B&B' and clearly promoting breakfast from 8- 10 we arrived in the 'food room' at 9, to find no staff present and no food whatsoever, therefore we ended up buying pot noodles from a store a few yards away and using mildly heated temperature water to eat them. The only benefit and actually decent thing about this place is it's wifi which is free and taxi's are fairly priced. However over our 3 day stay we took 6 taxi's with 4 of the drivers all saying what a rough area and awful hotel we were staying in, one even saying that the hotel and surrounding area gave Liverpool an awful name and hotel should be shut down, which I very much agree with. The only thing I've learnt from staying at the Knowsley is that having simple luxuries shouldn't be a big ask, shampoo's, a kettle in the room, bedside lamp and working chargers are among a few which the Knowsley lacks. I'd advise anyone to go here, your trip will be very disappointing the minute you step into the heavy side door.

I would highly advise everyone to read what everyone has to say about this place and believe them because I'd would love to say I'm exaggerating by I'm not.