L'Olla; Avenida de Europa,Altea,ES,Spain 3 Star Hotel
Check in
Check Out
Well worth the time to get here. Coopper29 on 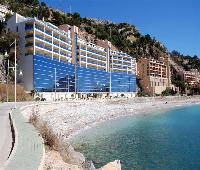 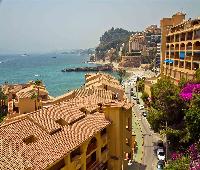 L'Olla; Avenida de Europa,Altea,ES,Spain
Ranked
#19 of 411 things to do in Venice
Overall Rating 4.5

Well worth the time to get here.

One of the outstanding churched in Venice, well worth a visit the paintings were a sight to behold, was quite crowded when were there but it is so big it didn't detract from the visit.

Another fantastic place reached by walking over the Ponte dell'Accademia, it stands at the entrance of the Grand canal, clearly visable from St. Marks. The Basilica was built to honour The Virgin Mary for bringing Venice through the Black death.

The church is rather plain, but beautiful in its size, number of domes and chapels. It is also home to seberal major paintiongs by Titian and Tintoretto.

Having taken photographs of this beautiful church from San Marco we walked across Academia bridge to get to it. There is a convenient vaporetto stop outside.
Inside was a massive space, which was really peaceful to walk around.

Interior architecture is really great, called as the second most important Basilica after St Mark Basilica. Entrance fee is cheap at 3 euro. I bought the audio guide at 2 euro, but the quality wasn't good.

Worth dropping a visit when you're walking around the city!