#540,Poonamalle High Road,Arumbakkam,Chennai,Tamil Nadu,India 3 Star Hotel
Check in
Check Out
no cleanliness and not worth for the money s s on 10 Dec 2017

Based in the city of Chennai is Metro Grand Hotel. This budget hotel accommodates its guests in spacious rooms. Quick laundry service, 24-hour front desk for assistance, in-house restaurant and doctor-on-call service are also available here. Guests are sure to have a comfortable stay at this property. 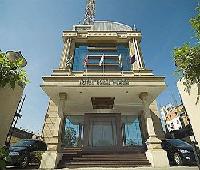 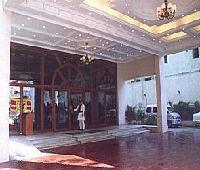 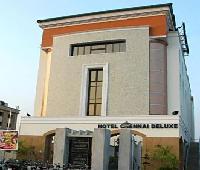 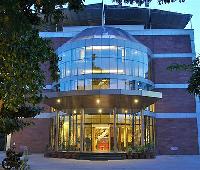 Based in the city of Chennai is Metro Grand Hotel. This budget hotel accommodates its guests in spacious rooms. Quick laundry service, 24-hour front desk for assistance, in-house restaurant and doctor-on-call service are also available here. Guests are sure to have a comfortable stay at this property.

no cleanliness and not worth for the money

No cleanliness (room stinks and no proper room checking before admitting the guest) , bad staff behavior (manager and the evening reception guys) and fully money oriented (no water facility and need to purchase from them with exorbitant money and need to ask for brush ,soap and other basic thing) , its not even suit for a single star hotel and absolutely waste of money in booking with them.I booked by seeing the positive review and now i regret doing that as i was fully disappointed with the hotel management and the staff behavior and the way they treat the guest.

This Hotel has good rooms .the btahroom is equipped with all the toiletries you need.
The staff also is very good.
it also has a decent breakfast spread.
it is a good budget option not far from the airport.

Economic and worth it

We had work nearby so we stayed here. Its not so far from airport too, another plus point. Its mid range and worth its price. There is an attached bar too for those who want to drink.Rooms are good, tidy , clean. Staff is good. Restaurant is ok. If you have work in nearby areas then i ll say you can try it.

Worth for money hotel

Metro grand hotel ,Arumbakkam ,Chennai a three star hotel was worth for money .Nice rooms and comfortable but preferably for food you can go outside .Flights for Chennai air India as you may get a small snack also.Indigo airline every thing is chargeable as rate also little less. Chennai international airport not as good as others .If you r in mountroad side and needs to kill time for flight near by mall is Express avenue and food court has variety items .Ola cabs will be preferred ,ola mini is good as the GPRS is good with there mobile .

I stayed in this hotel on 08thMarch16. Rooms are not worth the money they charge. Very tiny and old rooms. There was a Leakage in bathroom which got fixed later. The water was mixed with so much of chlorine. I end up using mineral water for brushing.

Think some renovation is going on. Management has to improve the standard of rooms and beds.