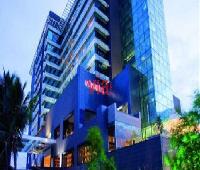 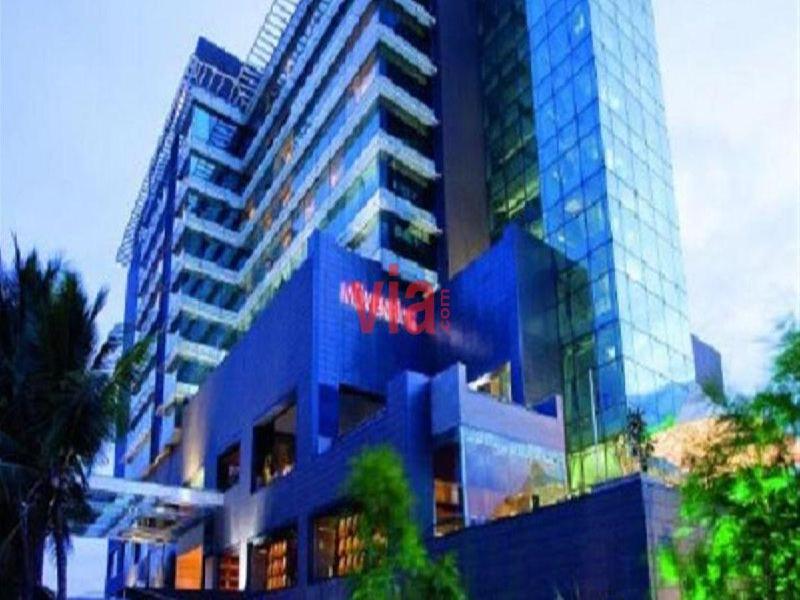 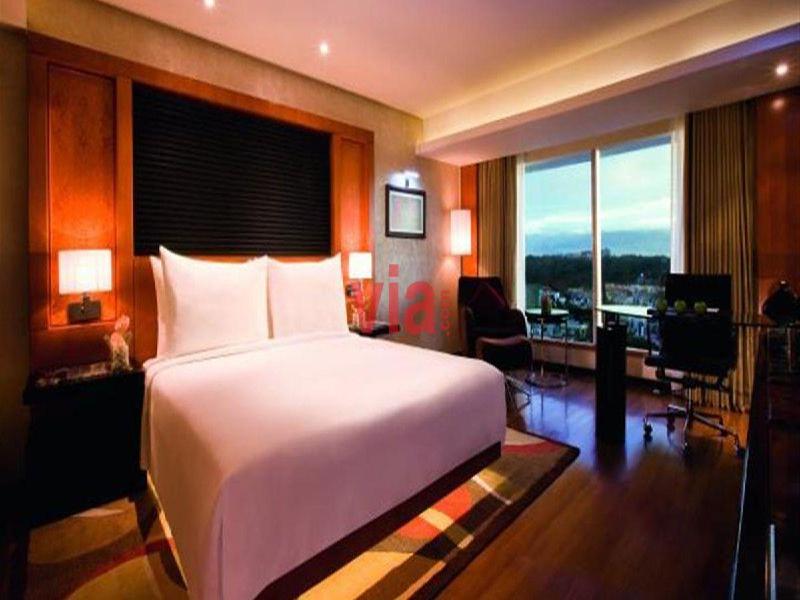 Conveniently accessible in just 40 minutes from the airport, the Mvenpick Hotel & Spa Bangalore embodies Indian hospitality delivered with Swiss passion. This new 182 room five star hotel of Bangalore city also offers a variety of dining experiences to choose from. The 7 meeting rooms along with an outdoor venue can host meetings and events for up to 500 people. The gym and swimming pool along with the Spa offers that ideal relaxation after a long day at work. 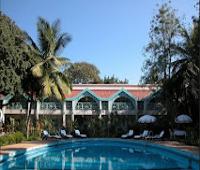 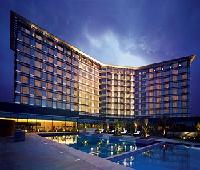 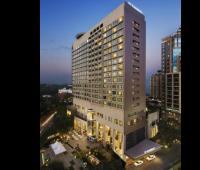 Conveniently accessible in just 40 minutes from the airport, the Mvenpick Hotel & Spa Bangalore embodies Indian hospitality delivered with Swiss passion. This new 182 room five star hotel of Bangalore city also offers a variety of dining experiences to choose from. The 7 meeting rooms along with an outdoor venue can host meetings and events for up to 500 people. The gym and swimming pool along with the Spa offers that ideal relaxation after a long day at work.

Rating my experience at this hotel with 1 is being too generous; zero would have been a perfect rating.
When I arrived at the hotel it seemed like it was a great decision to choose that hotel. We got there around 11pm and the check in was fast and the lady very kind and gentle...at least it seemed great at that moment. When I reached my room it smelled like an ashtray even though I booked a non smoking room. When I complained they said not to worry that they will call me in 10 mins to let me know about a room change, they didn’t call me. I had to call and a different person said the same to me, again didn’t call. I went downstairs and got my new room. When I got there it was close to midnight, the room was dirty and the phone didn’t work. I complained and demanded a new room. They made me wait for another 45 mins but nobody approach me to explained. When I demanded to talk to the manager he acknowledged that I was sent to a smoking room although I booked a non-smoking. They didn’t even care to ask whether I was ok with it or not. At the end, I had to go to the dirty room because they didn’t solved anything (I really doubt they tried). I went to bed at around 130am. Next day the phone started blinking and beepping without any apparent cause, that woke me up. I reported it at around 8am. When a I returned to the hotel after being out for the entire day they haven’t solved the issue. I reported it again, and one employee told me that it was working ok; false. I talked to the manager and they pretended to fix it at that time, 1030pm. I had to unplug the phones to sleep. was a two day nightmare, what a difference to the hotels i stayed in chennai, mumbai and dehli.

I used to live in this area nearly 40 years ago. With urban sprawl the surroundings have gone to seed. Yet belying all expectations, a world-class hotel has appeared here. It far exceeded its rating. The service was exceptional (nearly 7 star as an earlier review attests). The rooms were on par or better that hotels of this class abroad and even the spread at the restaurant for the buffet breakfast and the lunches and dinners was splendid.

Really nice stay at the Mövenpick Hotel. Nothing to complain about - that means something as I am German and we can complain about everything, anytime.
Hotel was nice, staff was nice, and the food was excellent.

If I had to rate this hotel on service alone it would be 7 star. I've never been treated so efficiently, kindly, respectfully or professionally. The team are excellent. The food was brilliant a lot of the time I felt like I had a personal chef. I was in India on business for an extended period and had my daughter with me, she was so well cared for she didn't want to leave. Some of the actions of the staff here genuinely restored my faith in humanity! I can't thank the team here enough. It's a great place to stay with children. I also held business meetings at the hotel and the staff were very attentive. In fairness the hotel itself is lovely, but could do with some modernising.

Very average - there is much better in Bangalore

Here on business and normally look forward to staying at a 5 star hotel in India as they are normally some of the best hotels in the world. I have not stayed at the Movenpick before but it was close to my meetings and Bangalore is hellish for traffic. I will not make the same mistake again.
Transfer - good, no wait.
Check in - fine
Room - not at a 5 star level, it smelled a bit, the bed was not very comfortable and the pillows hard. On the 4 the floor not a great view.
Bathroom - ok, dark, needs modernising. Amenities were poor as well.
Breakfast - good selection, average quality.
Room service - average selection, good quality.
Price - cheaper than other 5 stars but not worth it.

My advice would be to stay at the Leela palace, yes its more expensive but wow what a hotel