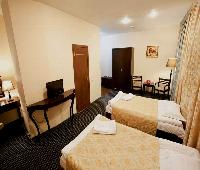 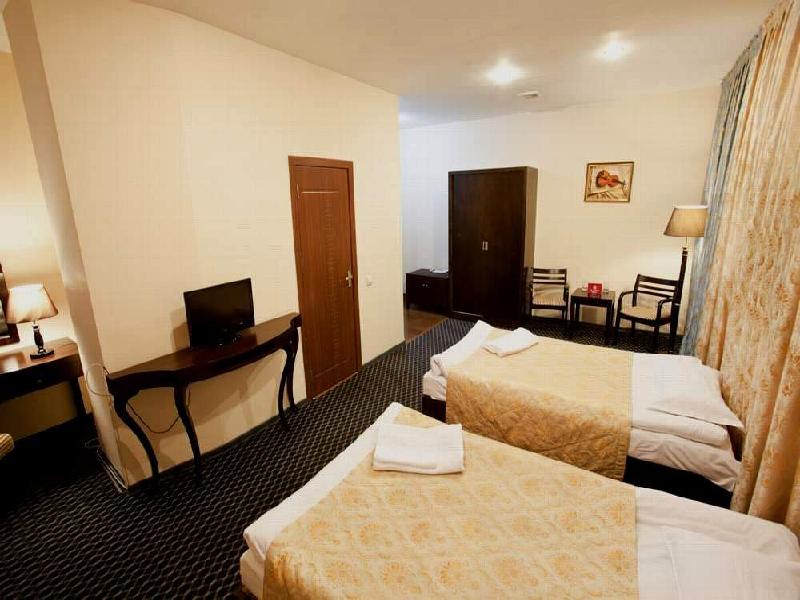 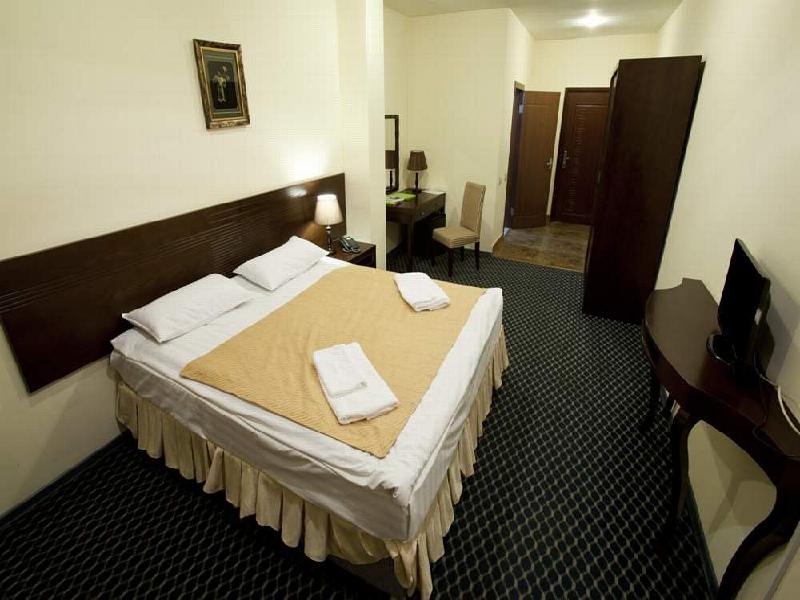 Seifullin Avenue 163 A,Almaty,KZ,Kazakhstan 3 Star Hotel
View All
Check in 15:00
Check Out 15:00
Awful, terrible, and all like that Nina N on

Property Location You'll be centrally located in Almaty with a stay at Renion Hotel Almaty, minutes from Republic Square and Presidential Palace. This hotel is within close proximity of Almaty Opera House and Almaty Cathedral. Rooms Make yourself at home in one of the 47 air-conditioned rooms featuring minibars. Complimentary wireless Internet access keeps you connected, and cable programming is available for your entertainment. Rec, Spa, Premium Amenities Dont miss out on the many recreational opportunities, including a nightclub, an outdoor pool, and a spa tub. Dining You can enjoy a meal at a restaurant serving the guests of Renion Hotel Almaty, or find a snack in a coffee shop/caf. Quench your thirst with your favorite drink at a bar/lounge. Business, Other Amenities Featured amenities include a business center, a 24-hour front desk, and air conditioning in public areas.

Property Location You'll be centrally located in Almaty with a stay at Renion Hotel Almaty, minutes from Republic Square and Presidential Palace. This hotel is within close proximity of Almaty Opera House and Almaty Cathedral. Rooms Make yourself at home in one of the 47 air-conditioned rooms featuring minibars. Complimentary wireless Internet access keeps you connected, and cable programming is available for your entertainment. Rec, Spa, Premium Amenities Dont miss out on the many recreational opportunities, including a nightclub, an outdoor pool, and a spa tub. Dining You can enjoy a meal at a restaurant serving the guests of Renion Hotel Almaty, or find a snack in a coffee shop/caf. Quench your thirst with your favorite drink at a bar/lounge. Business, Other Amenities Featured amenities include a business center, a 24-hour front desk, and air conditioning in public areas.

terrible. pictures and price looked so good that i decided to try, such a MISTAKE. The rooms smell as if people have been smoking there day and night non stop. I say "rooms" because when i complained (i am Russian, so-could easily communicate) about the smell they allowed us to select another available room. All are the same. like it has been booked and used for time with and not pay a lot for the lodging. I must have been insane when i hoped that for this price we can get something acceptable. tried their wifi -to book another hotel.. was so slow that i gave up. My husband and i could not stay in a room more than 1 hr. we left without getting money back...

Stayed here with my husband and a friend for 4 nights. Rooms large and bathroom a decent size. Breakfast basic but staff did offer to make omelettes also which were very nice.

Check in was straight forwards, no problems.

The hotel is around 20 minutes from the centre and taxis are cheap. There are money exchange places across the road.

The cafe bar across from the hotel was lively on an evening, there is a bar and food available. We had pizzas. Enjoyed it in here a friendly atmosphere.

Special thanks to Dimash!

We hope to return, thank you.

So, what to say. I was in Almaty on a one night stopover between flights, so wanting an economic option and a few hours sleep.
On that basis, the Renion Hotel fit the bill.
Room was large, with old style and wel worn wood furniture. it was very clean, and the bed was comfortable and linen spotless.
Cost was about $30 US for the comfort room option at the prevailing exchange rate, which is cheap for Almaty.
location is in the suburbs, about halfway between the city proper and the airport.Taxi ride to the hotel from the airport was 15-20 minutes.
The hotel has 3 floors , and my room was on the top floor, at my request. no lift, so if you have much luggage that could be an issue.
I arrived late and left early, so the only "staff" I saw was the girl manning the front desk. she spoke a little English, I speak a little Russian, so we managed to communicate without too many problems.I found her helpful and willing to assist.
The hotel was very quiet, I saw no other guests.
I did see some minor evidence of " nocturnal activity" as mentioned in other reviews, but there was no noise and it appears to be kept away from the upper floors.It did not bother me.
There is a bar/eating house directly across the car park, where food can be had but I didn't,t eat there so can,t comment other than its close proximity. I didn't,t eat breakfast there either due to an early departure.
I felt quite safe in the hotel, there were no security issues and my door locks were sound.
Overall- if you are looking for a basic, budget option in Almaty which is located not too far from the airport and for a short stay- you could do worse than the Renion.
It helps if you can speak some Russian , but it's not an insurmountable problem if you don,t.
Probably better suited to the slightly adventurous and flexible.

Not one single person on the staff spoke even a little bit of English; therefore, communication was impossible. The pictures posted online by the hotel plus the price made it too attractive to pass up. Oh, how I wish I had passed it up. This hotel was old, shabby, dingy, dark and dirty. There were lamps missing bulbs. The carpet in my room was loose and I tripped on it. (See the photo I posted.) Loud noises from the hallways and outside the building made their way into the room at all hours of the day and night. Nauseating gaseous fumes came in through the window from outside; however, without the window open, the room had a very unpleasant musty smell like it had been occupied by a chain smoker. There was no elevator. The mattress was as hard as a board. The toilet paper roll had only a few sheets of toilet paper left on it when I checked in and there was no extra roll in the bathroom. There were no tissues in the bathroom. There was no soap or shampoo in the bathroom, although there was a dispenser to make you believe there was. The toilet was running when I entered the room after check-in. The hard boiled eggs on the included breakfast buffet were undercooked and runny. I couldn’t eat them or the nasty potted meat on the buffet, which were the two main sources of protein to get one's day started. There was nasty black and pink mold and/or mildew in the very small stand-up shower. (See the photo I posted.) The menu booklet in the room is exclusively in Russian except for the alcohol pages and a page at the end which I’ve never seen before listing charges for items if the guest were to break or steal them. That gave me an idea of what sort of people stayed at this place. (See the photo I posted.) Those two pages were in both Russian and English. I was unable to discern whether there was room service or if the menu was just to let you know what the adjoining restaurant served. I literally could go on all day with examples of how disgusting this hotel was. And, remember, nobody spoke any English, so it was impossible to complain about any of these things and get any resolution. They don’t understand you and they appear not to care whether they understand you or not. Sadly, they are much more interested in making an extra dollar (tenge) off of you than providing decent accommodations, decent service or looking after the wellbeing of their guests. Here’s an example. Yesterday, I got back from a city tour in a taxi they arranged for me. (They had made it very clear for me to pay the hotel, not the taxi driver, which means they were making a profit on my tour.) The taxi I was in was rear-ended pretty forcefully towards the end of my tour and I was sore. When I got back to the hotel, I tried to ask questions about whether I needed to file a police report concerning the accident and about my injuries. All they were interested in doing was pulling out their oversized calculator and keying in the amount I owed them for the tour so that they could immediately collect the price of the tour. These people have a VERY long way to go if they are to become a decent place to stay. Actually, I do not believe that it is possible for them to achieve that goal. Furthermore, I don’t believe they even aspire to that goal.

This is one of the most dreadful hotels I've ever stayed in. The first issue was that the lock on our door was so flimsy, we actually worried about our safety and the security of our belongings. When we got into our room, we immediately noticed was that the walls were splattered with some dried up drink that someone, obviously, deliberately threw at it, and nobody bothered to clean it up. The second thing was half used toiletries (including the half used soap bar) that weren't replaced after previous guests moved out. The toilet paper was also missing from the bathroom, and we had to ask 3 times before the guy at the reception eventually got his finger out to do something.

The minibar fridge was unplugged and empty, so if you wanted a drink, I guess you'd have to ask again but, by that point, we figured out that it was simpler to go out and get one from the nearby store than ask the lazy sod at the reception to do anything.

We asked if we could change rooms and the receptionist told us that there were no rooms available, which was an obvious lie as nearly the entire hotel was obviously empty!

If you want any food at lunch time in the hotel, the hotel staff just wave you across to the cafeteria outside because, for some reason, you can't have lunch at the hotel!

The cafeteria outside is a dingy horrible place that serves cheap crappy food that you wouldn't even want to touch half the time. The upside is that the waiters in that cafeteria are exceptionally polite.

All in all, the hotel is a terrible place. I wouldn't recommend it for business or otherwise. Some people say it's cheap. Compared to what? To 5 stars? But, yes, in a 5-star hotel, you would get a better service while this hole isn't worth the money paid for it. It doesn't matter if it was expensive or not. They claim to be a 3-star hotel while providing a service not even worthy of a single star.