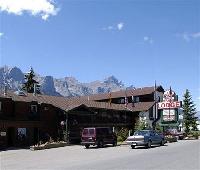 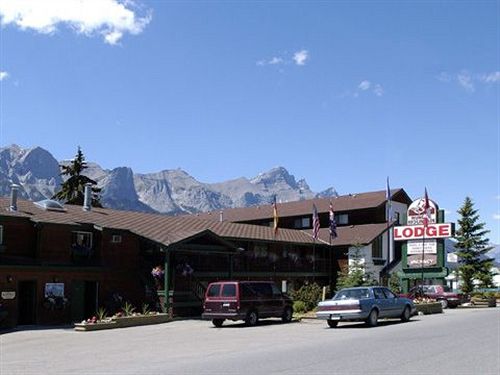 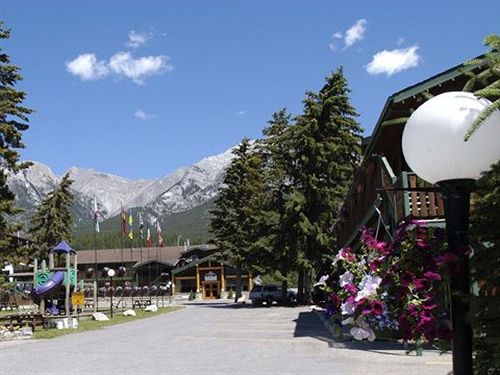 Property Location When you stay at Rundle Mountain Lodge in Canmore, you'll be in the mountains and minutes from Canmore Golf and Curling Club and Cross Zee Ranch. This lodge is within close proximity of Canmore Nordic Centre Provincial Park and Canmore Caverns. Rooms Make yourself at home in one of the 61 guestrooms featuring refrigerators. Complimentary wireless Internet access is available to keep you connected. Rec, Spa, Premium Amenities Take advantage of recreation opportunities such as an indoor pool, or other amenities including complimentary wireless Internet access and barbecue grills. Dining While enjoying a refreshing dip in the lodge pool, you can order your favorite drink at the poolside bar.
Business, Other Amenities Featured amenities include laundry facilities and a microwave in the lobby. 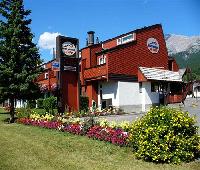 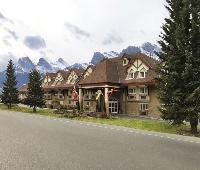 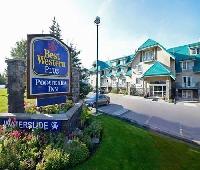 Property Location When you stay at Rundle Mountain Lodge in Canmore, you'll be in the mountains and minutes from Canmore Golf and Curling Club and Cross Zee Ranch. This lodge is within close proximity of Canmore Nordic Centre Provincial Park and Canmore Caverns. Rooms Make yourself at home in one of the 61 guestrooms featuring refrigerators. Complimentary wireless Internet access is available to keep you connected. Rec, Spa, Premium Amenities Take advantage of recreation opportunities such as an indoor pool, or other amenities including complimentary wireless Internet access and barbecue grills. Dining While enjoying a refreshing dip in the lodge pool, you can order your favorite drink at the poolside bar.
Business, Other Amenities Featured amenities include laundry facilities and a microwave in the lobby.

Spent two nights here on a trip with my sister and we were originally booked for three nights, but left a day early due to our room. My sister booked & prepaid for this on short notice and was told there would be no refund, so we did not do what we wished to do after spending a few hundred dollars and that was immediately leave! We drove five hours through a blizzard to get here and were greeted by a smoke detector that would not shut off - were told on check-in by the young man at the front desk that the people in the next room complained about the noise the night before, but apparently nothing was done, until we went back to complain upon our arrival and he arrived and removed the batteries. The room itself, a kitchenette with 2 double beds was a very dirty, disgusting place where one should leave shoes on to get around in, but being Canadian we do not do that as that in itself is disgusting. The stovetop doesn't look like it has ever been cleaned, the coffee pot still had a used coffee filter in it, microwave was dirty silverware and dishes all had to be washed before using, grease splatters all over the tile above the cupboards, dirt, etc., on floor and under heat register, light switches filthy, window would not latch, then the topper of this was hair all over in my sisters bed and a used bar of soap left in the shower! We asked for our beds to be changed when we went out and were told that they had been on arrival back to our room, it was too dark to see clearly and the next morning we were shocked that she had actually slept in the bed full of hair! Complained once again and waited this time for a very unfriendly, perturbed lady to come and change both beds. My sister stripped the pillowcases from the pillows as the lady was remaking one of the beds as we know they would not have changed had we not been there! My mother-in-law used to own a great, little motel that was very popular due to the attention and detail placed on cleanliness and she would have been beside herself with horror & disgust had she have seen this place! My recommendations would be to NEVER give this place a thought, let alone chose to stay here no matter the cost or convenience - spend extra dollars and stay where you are comfortable and free of filth!

poo up the side of the bathtub

spend a few extra bucks and stay somewhere else
housekeeping none existent, previous person's soap in shower, sink not cleaned..scum all around, poo sprayed up the side of the bathtub. Disgraceful. wish wish wish i had read these comments before booking....will know better next time....hope you read these before you hit reserve

Terrible and gross! I'm in the room for my night here and am sleeping with my camping gear. Very dirty, bathroom hasn't been cleaned.! I brushed my teeth outside . Should I ask for a refund? Crazy that places can get away with this.

We were on our anniversary vacation and decided to extend it by one day because we were enjoying it. We booked the suite at the Rundle Mountain and I was looking forward to soaking in the two person jacuzzi tub then sitting by the fireplace with the wife and enjoying a glass of wine. The description of the room sounded wonderful and the pictures looked decent so we booked it.

Well none of the relaxing we planned happened. There was a 220 volt electrical cable that was strung/ran along the back edge and side of the jacuzzi. The power outlet for it was about 18 inches from the edge of the tub. I could have reach out and unplugged it while soaking plus used the air conditioner as a coffee table it was so close.

We didn't use the tub since it didn't feel or look safe to us. There were only two chairs in the suite but I couldn't sit in them for more than a 1/2 hour then I had to get up. They were uncomfortable. The only "table" in the room was a checker board game on a stand. I jokingly said we could play checkers but where would we put our glasses. There is no other furniture in the suite other than bedroom stuff.

We decided to leave the room and spend the evening out instead having a night in the room like we planned. This was decided about 20 mins of being in the suite. It became a place to crash and leave as soon as we can.

I had a bad sleep (1-2 hours if lucky) but the wife said she managed to get a few hours. The bed was hard and uncomfortable with the room at a temperature that fluctuated. It got as hot as 25(78 F) so we turned on the AC and put up with the noise then then room got cold then hot and repeated the cycle.

The room itself wasn't the worst I have seen for being outdated. I travel a lot for work and have seen worse motels that could be from the 70's but I think this is the dirtiest and most damaged room I have seen. The toilet, sink, sheets and shower were all clean except for a few hairs in the shower but the rest of the room was different.

There was a used cup by the bed that had lipstick on it and some food crumbs/remains on the floor by the bed and on top of the fridge. The thing that did get me was a brown smear on the wall by the toilet. I figured someone was eating chocolate bar while sitting on the toilet and got some on their finger, someone was painting with a dark brown color or it was what I suspected, poo. It appeared to have been on their finger then they used the wall to wipe it off instead of toilet paper that was right above where they wiped. The night stand by the side of the bed I slept on had something spilt on it and that was a nice touch to search for your phone in the dark and put your hand into something sticky.

Some the walls of the room, especially the bathroom and kitchen area looked like someone shook a bottle of coke and sprayed the counters and walls with it. I am assuming it was humidity and dirt from the walls to make it brown but it didn't make me want to touch anything when you see evidence of a brown, dried liquid that ended up running down the walls.

There were quarter to toonie sized holes in the walls and several scratches, scrapes and gouges in the drywall. The counters in the kitchen and bedroom areas were damaged. The kitchen counter had the front of it ripped off while the rest were chipped, gouged and scratched.

We discussed walking out and getting another room but noticed the booking was non-refundable They had my card number so my wife and I made sure the sheets were clean with no evidence of bugs. We tried to get the best sleep we could then left as soon as we woke.

This could be an awesome little motel but they need to update and fix the rooms then look at the cleanliness issues. We won't be booking here again or be recommending it to any friends or family.

Do not stay here!! It is a dump!! The front doorknob was just a bout unusable; the bathroom door didn't latch and the bathroom window didn't open; All the appliances (air, TV, minifridge) were plugged into a power bar laying on the floor, room wasn't made up after the first night, etc - just awful!!
and over $300 for two nights!!