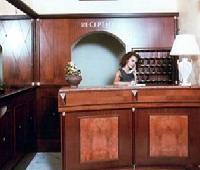 Via S. Martino Della Battaglia, 11,Rome 00185,Italy,Roma,IT,Italy 3 Star Hotel
Check in 15:00
Check Out
NIGHTMARE!!! Attacked by a hotel staff with a knife Ljuki on

The hotel has a good position. 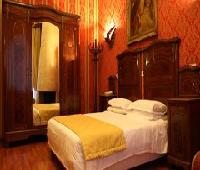 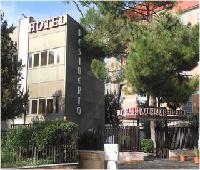 The hotel is centrally located, only few minutes from Termini Station.

The rooms are medium in size and furnished in a traditional style. They are decorated in pastel colours, and the bedspreads and the curtains are well coordinated.

The lobby is small in size and respects the traditional style of the hotel.

The breakfast room is pleasant, decorated in a cream colour. The furnishings respect the traditional style of the hotel.

The hotel has a good position.

NIGHTMARE!!! Attacked by a hotel staff with a knife

Were with my family and two others for a 4 day trip!
The rooms were bad, breakfast-you can not name it as a breakfast!
On booking says: wifi in all areas:
NONE OF OUR THREE ROOMS HAD A WIFI!
One night in the lobby after a small misunderstanding, THE RECEPTION GUY TOOK A KNIFE TO ATTACK US!
Although we wanted to call the police we only wanted to inform the management!
After the incident, the management decided to let him work again!!!

Did not have time and energy to spend the vacation with police reports!
WILL RECOMMEND TO NEVER CHOOSE THIS HOTEL!!!
ADVICE!
BE CAREFULL!!!
This guy might be psichotic!!!

For the money its handy for central rome.Metro top of street and garage parking close by. Clean and tidy for the money. Second stop here so its not that bad.Didn.t try the breakfast though as we were flying early.

Avoid the 5th floor, it is not entirely covered by wifi.
The room itself is very acceptable.
The elevator is too old.
The location is good: About 5 minutes walk from the nearest metro station, and 10 minutes from the bus and train terminal.

We decided to go for a 3star hotel since we had previously experienced very decent holidays in 3star hotels in Rome.
Our recent experience at "tre stelle" was at least disappointing. Too good for one star hotel !!!
Inter alia...
Poor Breakfast
Ipad size TV
Weak wifi only in a small place
Very small rooms
Broken bathroom facilities

Would recommend this Hotel, it was clean, breakfast included. Good location only 3 blocks from the Termini and right near another metro station but just as easy to walk. Negatives - wifi only in breakfast area, door rattled sounded like someone was trying to come in but got used to it.