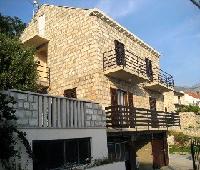 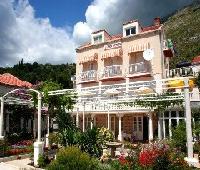 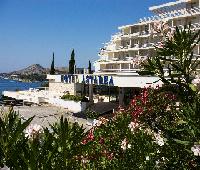 Nice hotel in a lovely location

Stayed at Hotel Astarea in July. Hotel was a good standard 3*. We had the half board option which was very similar to other hotels. Shame that there was no "local" food available as part of the buffet. Drinks were very expensive, and it seemed unfair to not allow tap water to be served.

Used the shuttle service twice to travel to Dubrovinik. Whilst this was quite expensive and there were limited times, the minibus was prompt at leaving and returning.

The sea by the hotel was fantastic - clear blue and fish could be seen. Do note that the beaches are pebbled, so purchasing jelly shoes is a must.

Room was fine, though the bathroom was a little compact. No fridge in the room, though there was clearly evidence of one having been available before. Removed to encourage purchase of hotel beverages I assume.

The location just 20 minutes outside Dubrovnik was perfect. I would happily return.

I have recently returned from a holiday stay at the Hotel Astarea and had a lovely relaxing time which was made all the more enjoyable as the restaurant management ensured that my diet requirements were met. I follow a coeliac diet and it was very much appreciated that the chef took the time to indicate to me foods/dinners that were suitable and even went out of her way to prepare lovely surprising meals for me. I just wish to thank everyone for making the holiday extra special.

Hotel in general was nice. Room was perfectly adequate for the two of us though the bathroom was rather compact. Had hoped for a better view to sit out on the balcony & watch the world go by but hey-ho.
Didn't really have much to do with reception but they were always courteous. Piano bar & restaurant staff were lovely & a credit to the hotel. The entertainment team & programme weren't great, very repetitive. Evening entertainment consisted of one man & his guitar & a few "rock & movie" quizzes where you were awarded points even if you shouted out the wrong answer.
Pool & surrounding area are well kept. Didn't run the sunbed gauntlet in the morning, preferring to take a stroll down late morning/early afternoon & we always found a couple of beds.
Food was fine. Plenty of choice at breakfast. Dinner could be more of a hit or miss but that was down to personal preference. There was always plenty to chose from & if you were totally fussy there was always pizza :D The goulash was really nice & so were the roast potatoes, I could have eaten that every day!
We were after a quiet getaway &, dare I say it, Mlini beautiful as it is might have been too quiet. Perfect base for getting to Dubrovnik though, we used the hotel shuttle taxi a few times & would recommend.

Recently stayed in Hotel Astarea in Mlini. It is in a beautiful setting right on the sea front in beautiful Mlini. The hotel itself is spotlessly clean with good facilities. The pool area is nice and overlooks the sea. The hotel buffet is pretty standard fare but there is more variety to be had at the Oleandar Restaurant or the Konoba Astarea which are both part of the complex and are very good. Mlini is a lovely resort only 10 km from the airport and 10 km from Dubrovnik. There is a shuttle bus from the hotel to Dubbrovnik costing about 9 euro return or the local bus which runs every hour cost about €4 return. One downside of this hotel is that the bedrooms are very small.

Mlini is a cute little town on the Croatian Coast, and Hotel Astarea is perfectly located at one end of the town and beach. There are advantages and disadvantages to the hotel.
Advantages:
- Great location
- Good services (gym, spa, restaurants, small shop, possibility to book tours from the reception etc.)
- Very good (recently renovated) bathroom in our room
- A convenient system of being able to sign your expenses to your room at several restaurants, not necessarily on the hotel grounds, but this (strangely enough) does not include the small shop in the hotel.

Disadvantages:
- Rooms need an update
- The general feel of the hotel is a bit run down
- The breakfast buffet is well stocked but logistics are absolute madness when too many guests want to eat at once.
- Guests "reserve" sunbeds at the pool early in the morning and only return to claim them after breakfast.