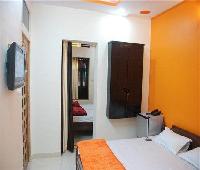 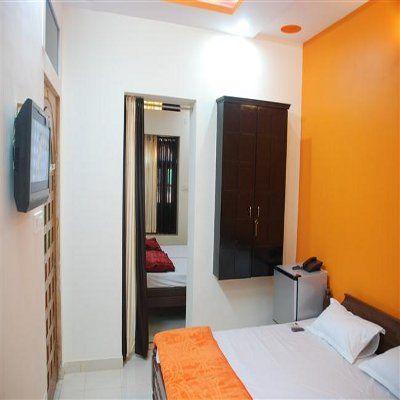 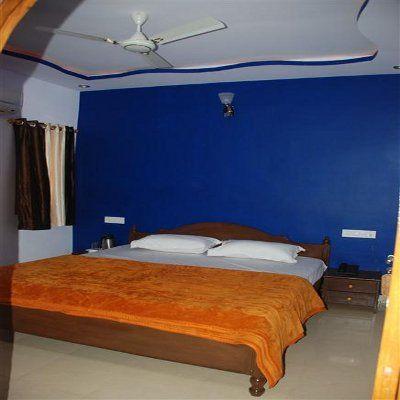 Situated 700 metres from Jaisalmer Fort in Jaisalmer, Hotel Saraswati Palace features a restaurant and free WiFi throughout the property. The hotel has a sun terrace and views of the garden, and guests can enjoy a meal at the restaurant or a drink at the snack bar. Free private parking is available on site. 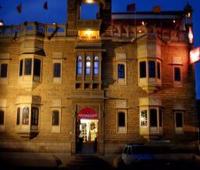 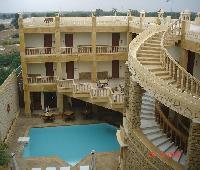 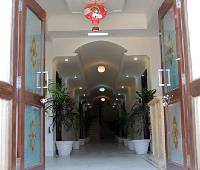 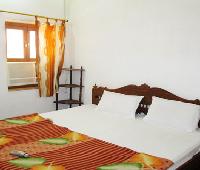 Situated 700 metres from Jaisalmer Fort in Jaisalmer, Hotel Saraswati Palace features a restaurant and free WiFi throughout the property. The hotel has a sun terrace and views of the garden, and guests can enjoy a meal at the restaurant or a drink at the snack bar. Free private parking is available on site.

A CIRCUS ABODE IN THAR DESERT

CONS:
The chefs do not really know what is in the menu or have never made it b4.
The ASSistant manager TOFFI needs to get off his high horse or he is taking way too many chill pills of both the organic and synthetic kind ; ) He thinks he knows so much.... and if you may allow him he will even make ALL the decisions or desires for you with a service fee attached. If your a girl then it may become free.
The noise of both TOFFI and the park outside with children playing was ringing in my ears all day. TOFFI is a child at heart...
I must admit, I did enjoy watching his WACKY performance or mind games as I had some time to spare because after all I am on HOLIDAYS and he was just hustling...

PROS:
The view was magical. The rooftop restaurant and terrace had been a social get together area in an otherwise boring town of Jaisalmeer.
The 1st manager is very professional but is rarely seen working there (real shame!). You will only meet the couch surfer TOFFI as the Adolf Hitler dictator in charge.
On the other hand, the building is amazing as it is made from traditional Rajasthani stone and the park in front of the hotel is an oasis.

Most Horrible Experience. Not honouring booking.

Had booked for 5Pax in 2 rooms (including breakfast) in Sept.,2015 via Agoda.com & called to confirm the same. The manager confirmed the booking & looked forward to receiving us.

Imagine our horror after we reached Jaisalmer Station at 11 am on 14th Nov & called them.

The manager did a Volte-face & said that we do not have any bookings from Agoda.com so will not honour the voucher.

He was adamant, rude & harsh not willing to budge from his stand.

My family of 5 members had the most harrowing time finding another hotel in Jaisalmer at the spur of the moment.

It was Diwali vacation time in India so Hotels were full.

We wasted 2 hours looking around & paid more than double the charges of Hotel Sarawati Palace excluding breakfast which cost Rs.1000 per day extra.

If you are looking for cheap accommodation, look elsewhere as these clowns will not honour commitments.

This experience has put me off agoda.com too as had to call Hong Kong ( international calling charges) 4-5 times for no fault of mine.

Do not trust this hotel as not honouring Booking - dishonest, greedy hotel.

With in walking distance to some of the best markets in Rajasthan.
Also in walking distance to the fort and great back streets to get lost in.
We had a cute room with great views of the fort, but the bathroom was a shambles. The toilet seat fell off, the room smelt and the shower flooded the room.
As others have mentioned, hospitality was non existent, but there was food and COLD beer available whenever we requested.
We were on a tour so have no idea how much it cost, but to be so close to attractions !!!
This is India.

Every other building / hotel in this location bears the name 'Palace' or 'Haveli' and has the rich appeal of yellow stone-based exteriors and interiors. Do not mistaken that to necessarily ensure good service. Exactly what we recently experienced.
The hotel is located close the Patwa Haveli which is a popular tourist spot and not very far from the market. And, the advantage ends with that.
A bunch of boys manage the visitor desk, appear casual but are less professional. We were put up in a ground-floor room that was far from well-serviced. Within seconds of entering, had to alert the housekeeping that the linen was dirty and the bathroom was not cleaned at all. There were some empty sachets in the commode. We were assured that the room will be made up soon, so we stepped out immediately for a nearby stroll. On returning after more than an hour, we were shocked to see the linen still not replaced. The guys at the desk appeared helpless as they said the fresh laundry had not yet arrived (this around 7PM). Reluctantly, we decided to wait further at the roof-top restaurant and have an early meal. There we were in for more surprise and disgust. The waiter (looked as if it was his first day at work) appeared clueless when we ordered 'Khichadi' - a very common rice dish. He pointed to the menu card saying only the listed items can be offered and was dumb-folded when I pointed to the Khichadi option in the menu card. We left to have our meal at a proper restaurant outside.
Fortunately, we had planned to spend only a night there and hoped to at least get good sleep. But again, the AC in the room was very noisy and disturbing to say the least.
The next day, we checked out in the morning, asked to keep our luggage in the store room and went for nearby sight-seeing. On returning tired in the evening, the boys at the front-desk initially informed us to use some restroom on the third floor for freshening up and later one of them reluctantly let us use one of the empty ones on the ground floor itself. So much for minimum courtesy and hospitality!
We were relieved to get out of this place which was the only bad experience in our otherwise extremely pleasing visit to Rajasthan.