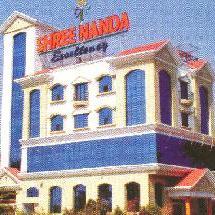 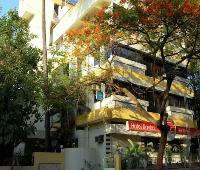 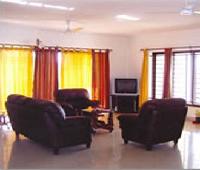 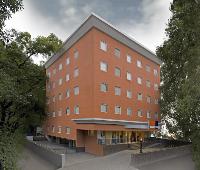 This hotel have a nice place of view, good service, good food,and the hotel is very clean and nice.and the room / hotel are not so much expensive.the best thing of the hotel is how they are managing the thing's is very good.

The rooms look like they are 60 years old, the beds are uncomfortable and everything in general is dirty. I stayed there for two nights and I can say that is the worst hotel in which I have ever been. There was no hot water, neither toilet paper. The staff was noy helpful at all when I asked for these basic things. They didn't even clean the room for the time I spent there. And finally, the best of all, the bill was expensive. More costly than the average chain hotel, like Ibis or Holiday Inn but with the poorest quality I have ever seen.

The hotel is just above average but good value for money..I got some corporate discount as well which was very nice..The hotel's restaurant is amazing especially the tea is brilliant, the food is cheaper for you if you are staying in the hotel. They charged me 15 rs for the tea whilst I was staying there but when I went to the restaurant separately after some time I had to pay 50 rs for the tea. Overall the service is good...Rooms are okay not great.

Rather stay on the street!

This hotel is in a nice locality and it looks pretty decent from the outside so we had never thought even in our worst nightmares what was in store for us once we went in! There is a tiny lobby at which the receptionist was fast sleep, even though it was only about 9 PM! Half a dozen bellboys kept peeping out of different corners like they were shocked to see people actually checking into the hotel! The tariff was 2000 rupees for a double A/C room, and it was the worst experience ever!! Once we were done with the check-in formalities, one of the bellboys who had been peeping all that time, helped us with our bags. The approach to the room felt like a scene from a horror movie.. We had to first go past the back entrance to the kitchen (the cook came out to take a look at us too) and washing area! It was very filthy! The elevator looked like it was a hundred years old, and the bellboy preferred to take the staircase and we quietly followed him. We had to walk through a long, dark corridor and we stumbled a couple of times over used pillows and blankets thrown on the floor! The room was very shady looking. It had a double bed and TV and large windows with no curtains! It was like the story of "Goldilocks and The Three Bears". The bed looked like someone else had already slept on it and all the time we got the feeling that someone was watching us, and we even heard whispers right outside the door! When my hubby opened the door, two pesky, inquistive bellboys pretended to hurry past! The ONLY thing about this hotel that wasnt weird was the food. There was Indian and Chinese. It came from the restaurant Shukriya downstairs and was quite tasty. We could hardly get any sleep at night and checked out at the break of dawn. In a nutshell, I would not recommend this hotel at all, unless you have absolutely no other option.. But even then, I'd rather spend the night in my car or on the street! It is the kind of place that makes you feel uncomfortable right from the time you step in till the time you step out!

Get far off from this hotel

It is the worst hotel I have stayed in my life. If you see the exterior, you assume it to be at least 2 star hotel. But the fact is horrible. There is no house keeping. If you call room service for drinking water in the morning, you will get it by noon. The owner, Mr.Gaekwad, is least bothered about the state of his property.
Better stay in a Dharamshala than in Shree Nanda.